The past decade has seen a surge in mixed-use property development, a concept described by developers as a public space that combines living with business and pleasure. The growth and development of South Africa’s major cities in recent years have made space one of the most valuable commodities of our time, but is the mixed-use property concept really all that new?

Prior to the industrial revolution in the 18th century, communities around the world were characterised by what we would consider ‘mixed use’ by modern standards. People lived side by side with merchants and tradesmen, an eclectic mix of residential, commercial and retail.

Fuelled by a demand for more effective security, South African suburbs have seen a rise in residential communities and estates over the past 20 years, which have been a natural precursor to the advance of mixed-use developments.

At the vanguard of this mixed-use property, revolution are several key developers, such as the Amdec Group. In an effort to meet consumer needs for quality and convenience, the Amdec Group’s focus has been on the creation and transformation of precincts to serve as multiple-use spaces where public and commercial areas are interdependent.

“The resurgence of mixed-use living with an emphasis on a convenience-based offering is something known as New Urbanism,” says Nicholas Stopforth, managing director of Amdec Property Development.

South Africa’s history of rural-urban migration over the decades, combined with more affordable access, cars and cheaper fuel, meant that major cities became surrounded by an urban sprawl of suburbia. What New Urbanism aims to do is act as the antithesis of urban sprawl. It identifies a densely populated area and creates a pedestrian-friendly environment where the population has convenient access to residential, commercial and retail spaces.

An excellent example of New Urbanism is one of the Amdec Group’s flagship developments, Melrose Arch. Strategically positioned in relation to OR Tambo International Airport and the Sandton and Johannesburg CBDs, Melrose Arch comprises 250 000m² of mixed-use development with 350 000m² of planned future phases.

By definition, New Urbanism is focused on pedestrian-friendly spaces that contribute to the convenience that most modern consumers are looking for. Melrose Arch, which has been under development by the Amdec Group since 2005, serves as a prime example of the vision that the company has for future projects. “As a resident of the area you can walk from any location of the precinct to another,” says Stopforth. “Starting at 5 a.m., you can go to the gym, have a shower, walk across to a coffee shop and order breakfast. Then you can walk to your office, conduct business, and meet a client for lunch at one of the restaurants. If you’re a resident, you don’t need to drive anywhere. The point is that all your daily needs are within walking distance.”

While convenience remains the biggest driver of mixed-use developments, in South Africa one cannot ignore the critical aspect of security. Centralisation and proximity to facilities, combined with pleasing aesthetics and a strong sense of community living, all have to be underpinned by excellent security.

“Security continues to be one of our biggest operating expenses. Access control, surveillance and physical security are all centrally operated,” Stopforth explains.

“What sets new urban precincts apart is that they include a great deal of virtual security in addition to hard security access points and technology. The mere fact that there’s human presence and constant monitoring makes these nodes harder for criminals to target.” Another major consideration for property investors is proximity to schools.

Stopforth notes that this is where strategic location of the mixed-use development plays a major role. The challenge is that schools need access to vast expanses of open space to accommodate sports fields, swimming pools and classrooms for learner bodies in excess of a thousand. But primary space requirements stand in the way of including schools in mixed-use developments.

New Urbanism precincts could potentially include schools, but given the spatial requirements, they aren’t a significant factor in the planning and construction process. Larger estates that try to integrate retail, corporate and residential property with schools inadvertently become less pedestrian-friendly, which compromises the New Urbanism approach. The alternative is to examine the strategic location of mixed-use in relation to established schools in surrounding areas. 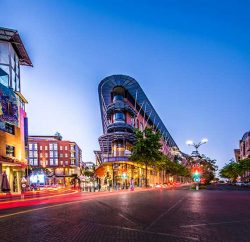 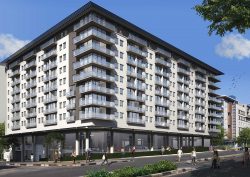 Spotlight on the Amdec Group

Founded in 1989, the Amdec Group has developed a reputation for driving sustainability in its South African New Urban developments, which has made these developments highly sought after by local and foreign investors. With a portfolio of developments and brands that includes the Evergreen Lifestyle retirement villages, Westbrook in the Eastern Cape, the redevelopment of urban areas and several commercial spaces, the Amdec Group already holds a number of enviable accolades. Now in a high-profile partnership with Marriott International, the Amdec Group is currently primarily focused on developments in the major urban centres of Johannesburg and Cape Town.

The relationship with Marriott originated when Amdec acquired Melrose Arch in 2005. The hotel operator for the precinct was Protea’s African Pride, followed by a second Protea hotel, Fire & Ice! This meant that there was an existing relationship with Protea before Marriott acquired the group. The relationship was thus formed on the basis of existing hotels and has been reinforced by the introduction of new hotels.

The Amdec Group’s pipeline of work for now is firmly focused on two developments under way in Cape Town —The Yacht Club and Harbour Arch — with a combined value of more than R10 billion. Harbour Arch, in Cape Town’s Culemborg node, has been designed as a pedestrian zone and will place greater emphasis on pedestrianised residential, retail, commercial and leisure space. The Yacht Club, in the heart of Cape Town’s Roggebaai precinct at the gateway to the Waterfront, offers 170 residential opportunities (completely sold out), a 189-room AC by Marriott Hotel, and commercial office space.

As for the value of the Amdec Group’s developments, Stopforth emphasises the benefits for all parties involved. “When we initially launched The Yacht Club, investors paid R 48 000 per m2, while the last units sold for R 72 000 per m2, so buyers have already made significant returns on their investments. But that’s property development: you come in and gentrify an area – you improve it so everyone benefits. And that’s what we’re doing in Melrose Arch as well. We’re looking to expand the borders onto Corlett Drive and gentrify the area in its entirety.”

Looking to the future, Harbour Arch promises to keep the Amdec Group with a full pipeline of opportunities in the foreseeable future. The additional developments planned for Melrose Arch are already well under way and scheduled for completion by the middle of next year. The Amdec Group has also hinted at the possibility of new opportunities in KwaZulu-Natal, so keep a lookout for an exciting prospective development in Durban. 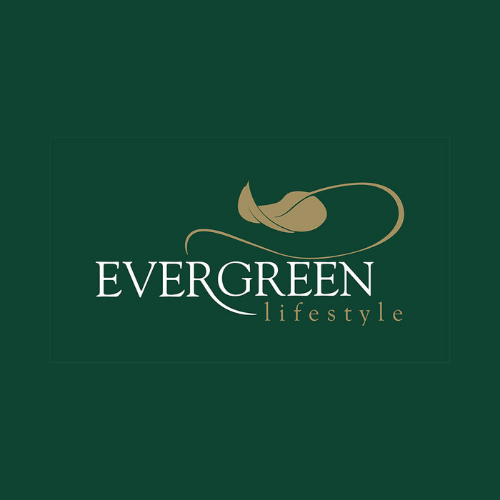 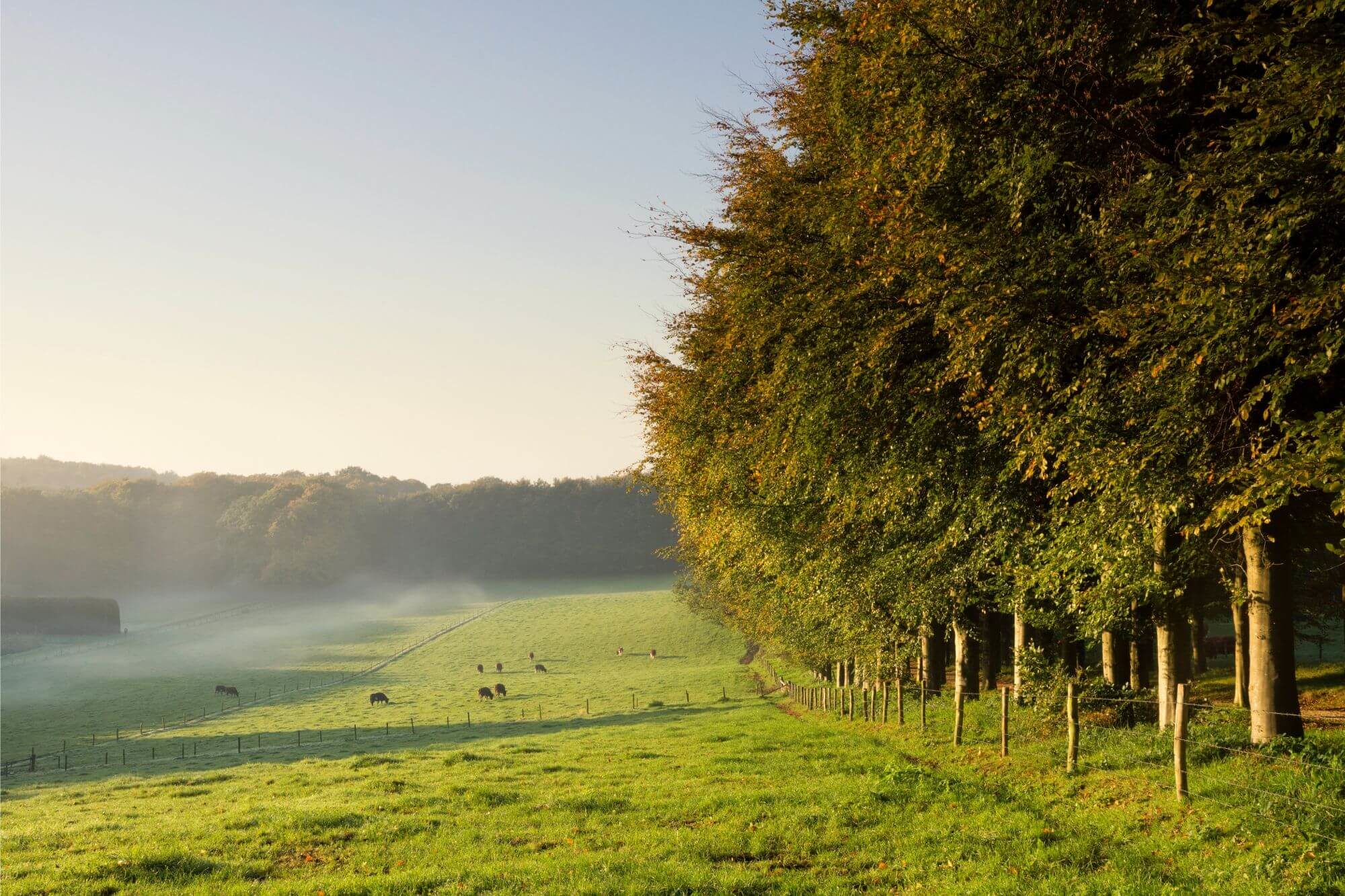 Yes, economy of scale is important in the residential market in order to make home ownership affordable. But is there space for personal space and why do we need it? 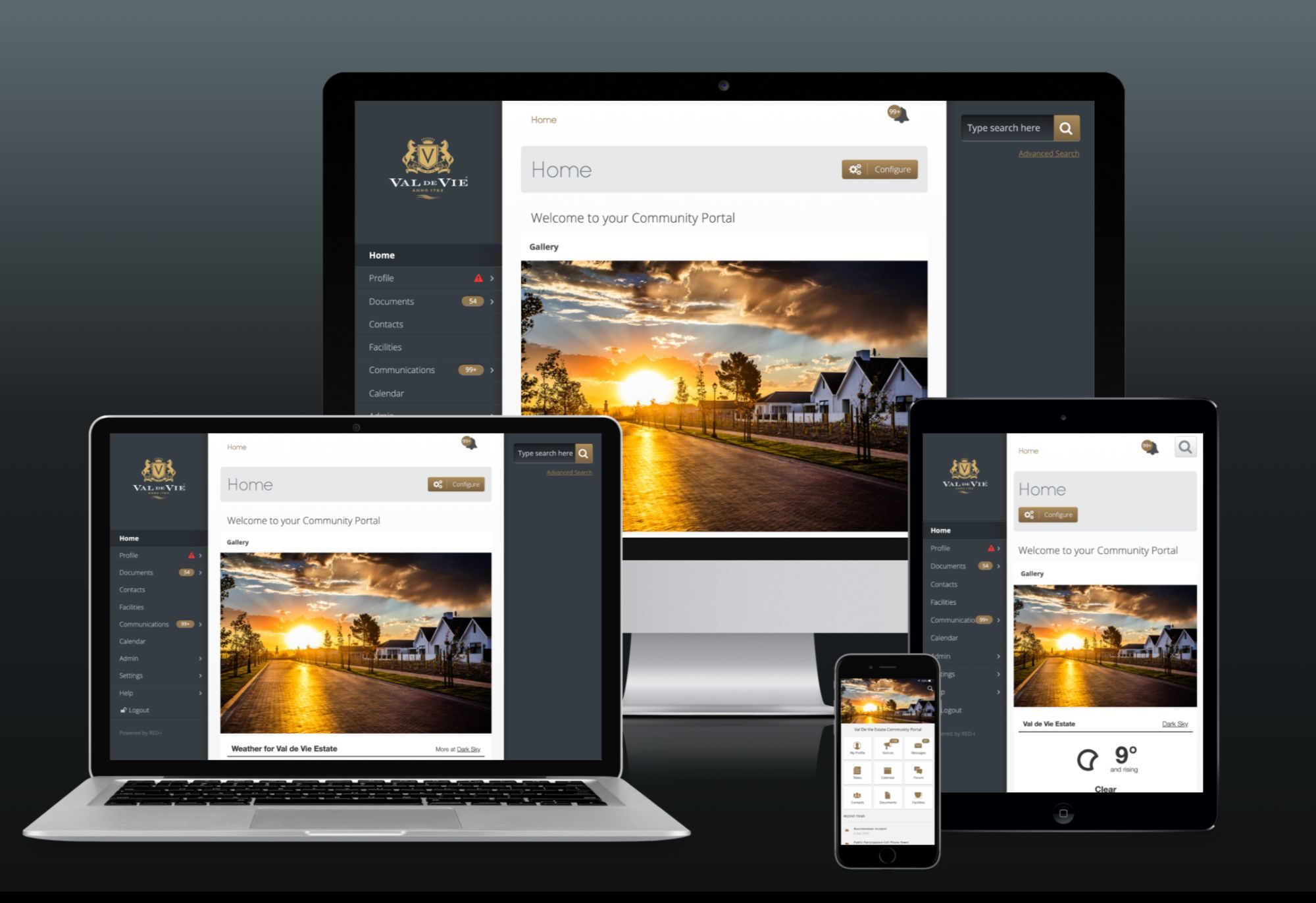 REDi was founded just a week before Christmas of 2003, the intent being, as founder Deon Basson is often heard saying, ‘to do something remarkable’. So we created a business based on our strengths and interests, which have always been property, technology and entrepreneurship. 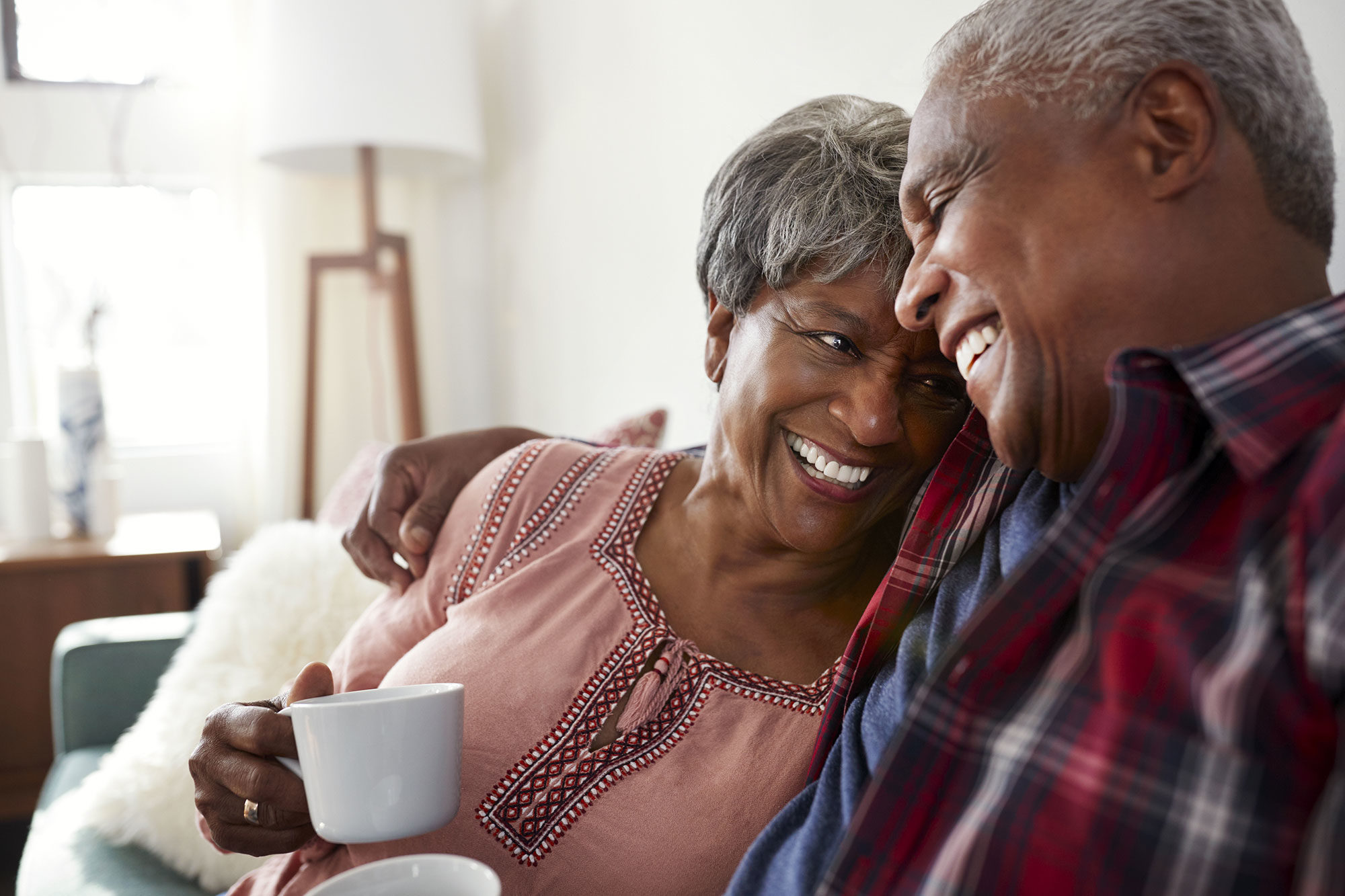 A recently concluded joint venture between Evergreen Retirement Holdings and the Uvest Property Group will see the development of Evergreen Sitari, a premier retirement village, set within the Sitari Country Estate in Somerset West. 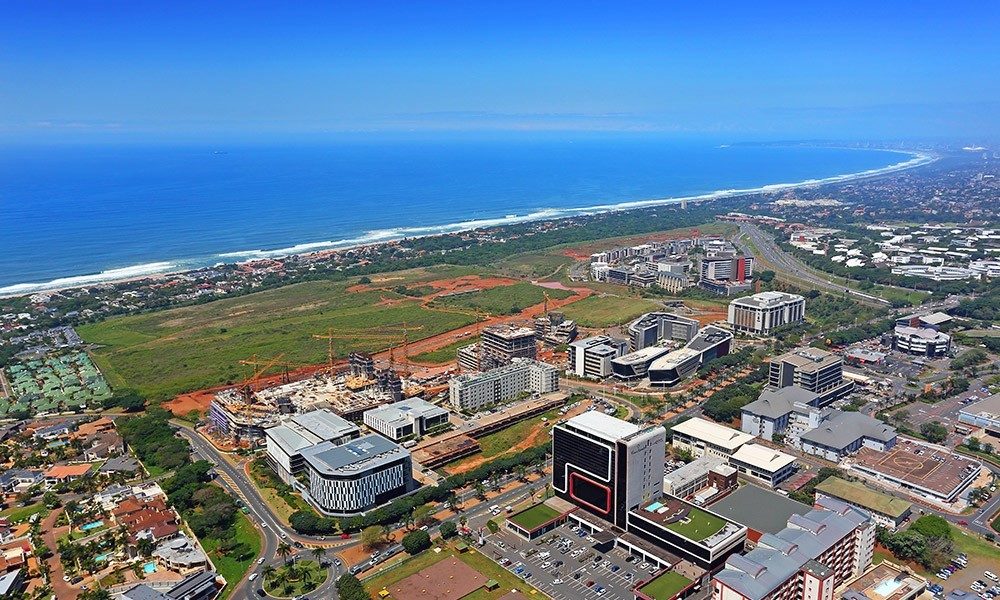 The KwaZulu-Natal province is set to see the development of a number of new retirement villages, designed as vibrant communities to accommodate active, healthy and happy retirees.