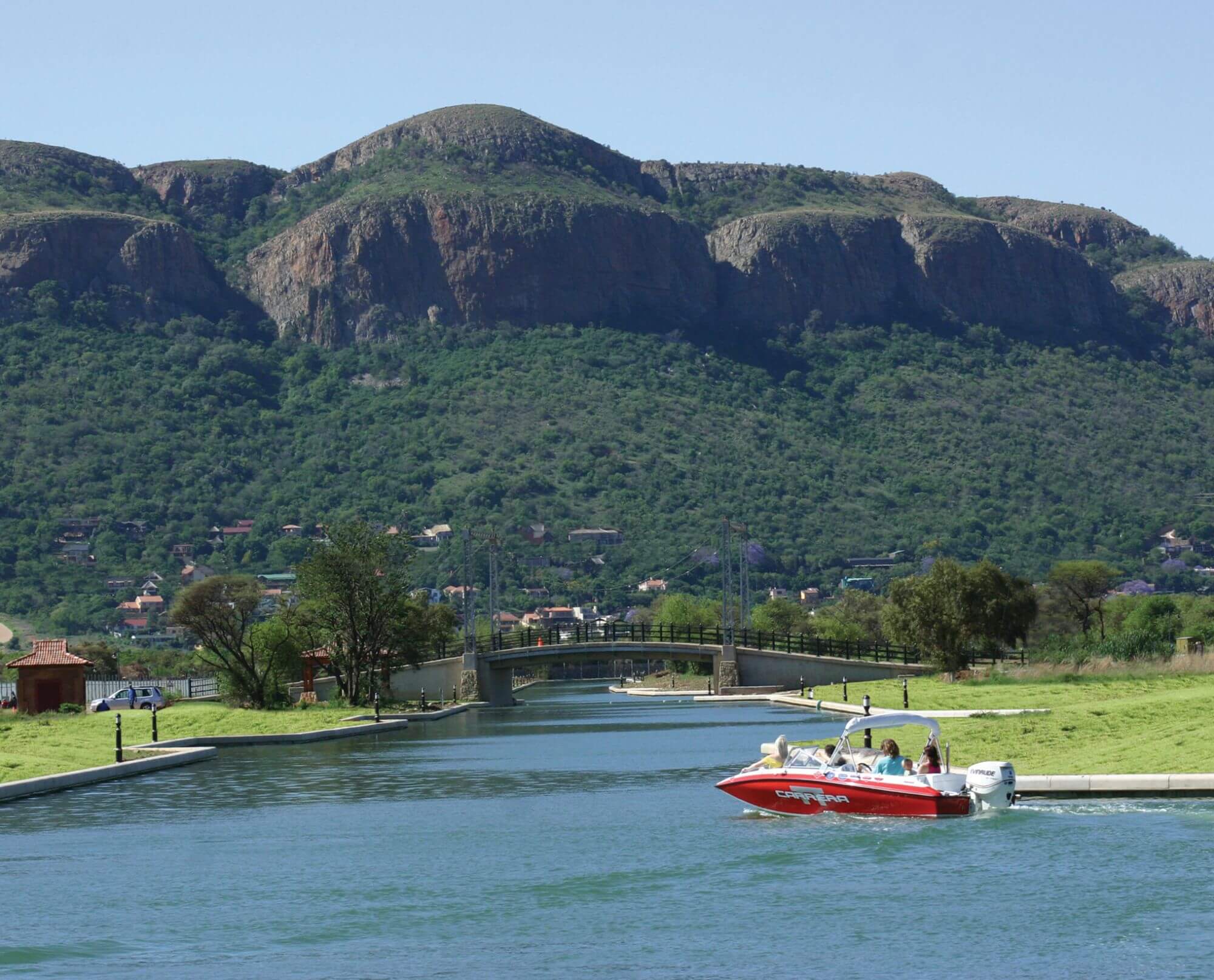 The Islands is a revelation for those who equate Hartbeespoort and its surrounds with golfing – it’s a slice of European-style marina living.

The farm on which The Islands has been developed has been in Dries Pretorius’s family for 180 years, so when he decided to develop it, he was determined to make it something special. The topography of the land made it ideal to develop into a marina.

Canals have been widely used throughout Europe for hundreds of years – long before the development of road and rail networks. And it was these long-distance transport canals that also inspired the construction of locks, which have helped to create two levels throughout the canal system and the estate itself – not only because they help to keep the water moving, but also because they enhance the views of the dam.

Those views are nothing short of stupendous – but they’re only one part of what makes a purchase at The Islands a sound investment, according to Dries. ‘You’re not simply buying a beautiful property. You’re also obtaining the canal infrastructure, which means you get seriously good value.’

The canals comprise of 11 hectares of water, which is equal to 22 rugby fields, Dries notes, emphasising the scope of that infrastructure. But it doesn’t end there. With around 664,000 cubic metres of soil having been removed from the canal beds during construction, the developers found themselves with more than enough material to construct an 8.5-hectare park.

While this facility houses a nine-hole mashie golf course, Dries is clear on the fact that The Islands never set out to compete with Pecanwood, or any of its other golf destination neighbours. ‘There are already a number of these in the area. In fact, our residents can join Pecanwood golf club, although they appear to be far more interested in a water-based lifestyle.’ That’s perhaps not surprising, given that The Islands’ unique design – featuring waterways measuring 400 metres across in some areas – makes it possible to spend lazy days on your boat.

The developers have implemented a number of measures to ensure that this water remains clean enough for this purpose. ‘We encountered an unexpected challenge shortly after the canals were built 12 years ago,’ recalls estate manager Gert Nel. When dust settles on the water, it sinks to become sediment, a rich growing medium for water plants, which can grow prolifically. So the developers stocked the canals with Grass Carp – a sustainable method of keeping the ecosystem sustained.

The estate’s water usage has also been designed with the environment in mind. Canal water use is managed by an external company, Gert explains, which is currently drafting a water management policy. In the mean time, the canals are fed by boreholes and stream water run-off that serve the estate (obtaining water from Hartbeespoort Dam itself is not an option, as this water is not clean). ‘We store water in a 1.2-megalitre reservoir. Once it has been used, the grey water is recycled and cleaned thoroughly, then fed back into the system so that it can be used to water gardens. The cycle is completed when the water returns to the reservoir.’ Added to this, all canal water is passed through a wetland to ensure that it is properly cleaned and in constant movement, which helps avoids the issues associated with stagnant water.

Getting better all the time

Savvy environmental management is just one of the factors that sets The Islands apart. It is also distinguished by larger than usual stands, which feature homes best described as ‘island style’ with a heavy dose of Balinese influence. ‘We didn’t want to be too prescriptive when it came to architecture,’ says Dries.

‘We believe that we are united in our diversity.’

The structure of these homes, on separate islands linked by a main arterial, is also noteworthy, as it contributes to the security of the estate. ‘We are able to block off certain areas of the estate very easily, should the need arise.’

Gert adds that facilities like a clubhouse, swimming pool and many kilometres of walking and running track add to its desirability as an address.
This desirability is set to grow as the developers implement their plans to take The Islands to the next level. Chief among these plans is the construction of a 250-bed hotel, which will boost the area’s tourism potential considerably. Dries reports that, situated as it is on the major route between Johannesburg, Sun City and the Pilanesberg Game Reserve, Hartbeespoort’s roads see almost 70,000 vehicles passing through every weekend.

The hotel, with an accompanying harbour and jetty, will provide a reason for these passers-by to drop anchor.

There are, furthermore, plenty of enhancements planned for the area itself, including the development of a commercial park and medical suites, joining the recently introduced shopping centre.

If life is better on The Islands, Hartbeespoort Dam is certainly the place to test the theory. 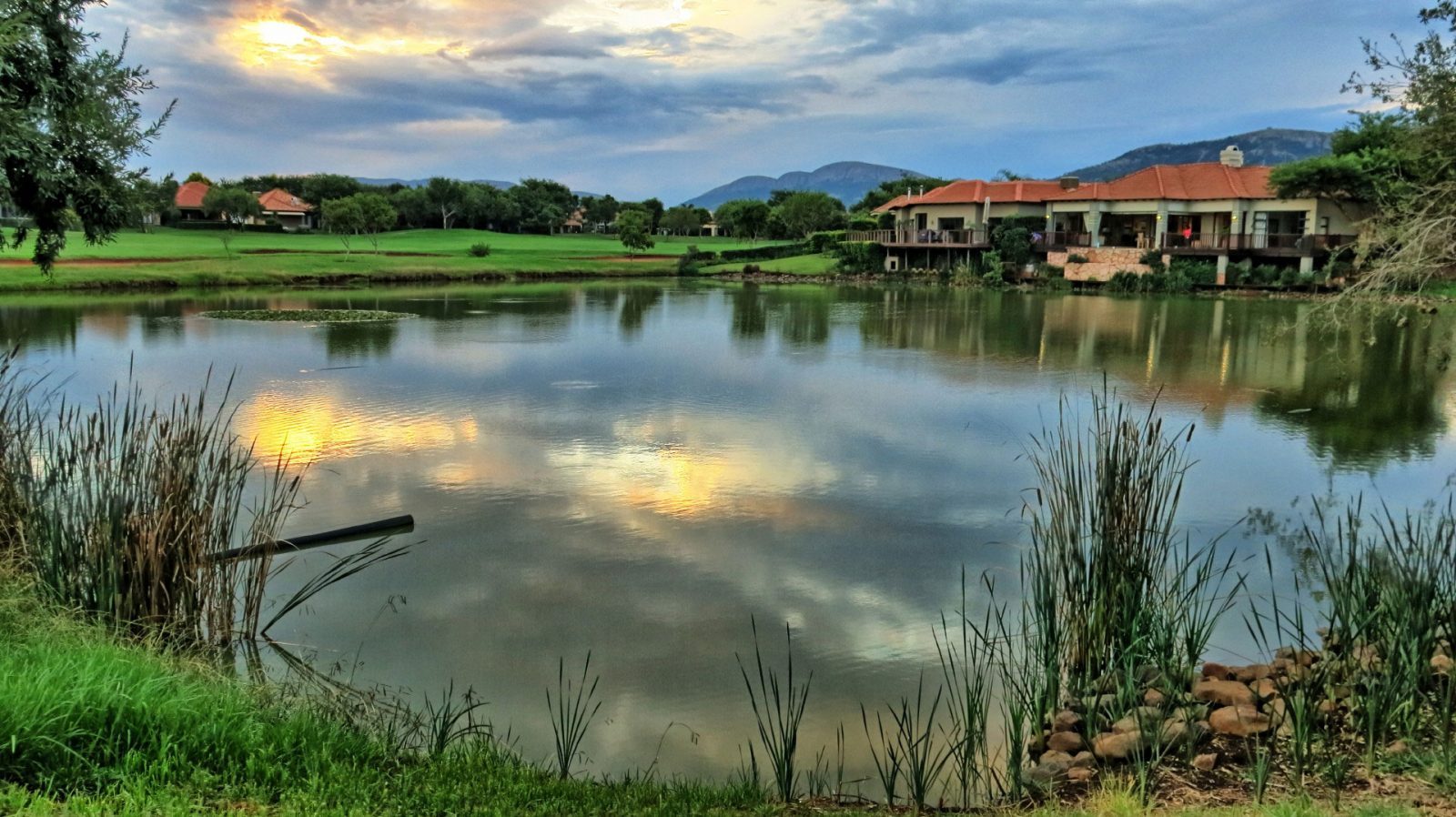 Pecanwood Estate, with the Pecanwood Golf and Country Club and golf course, is situated on the banks of the Hartbeespoort Dam in the North West province. 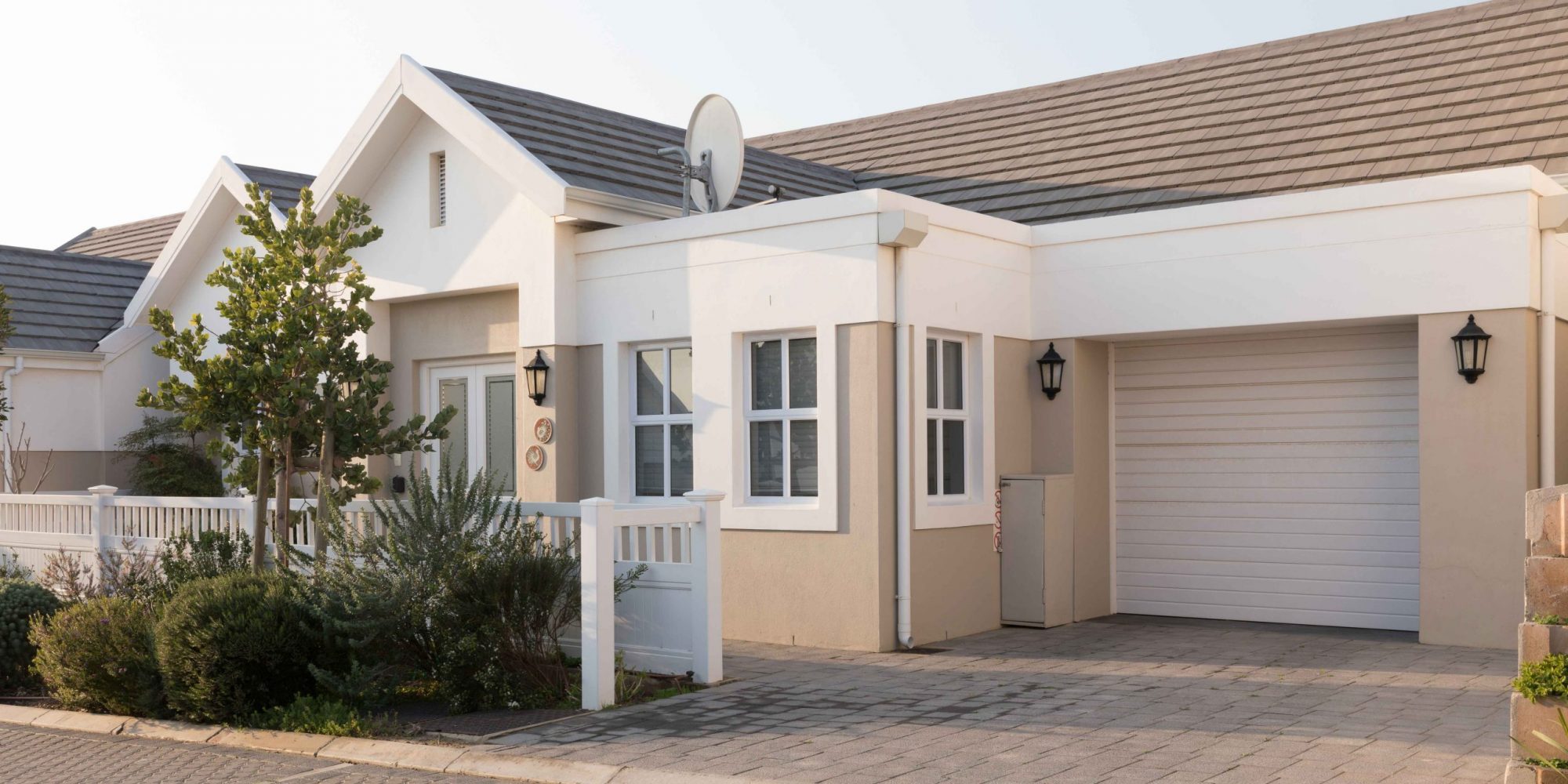 Life right ownership at The Somerset

A Life Right purchase is a transaction where you and your spouse/partner, as the nominated occupants, attain the right to live in a particular house for the duration of your lifetime, after which your capital is returned with an additional profit share, depending on the options chosen. 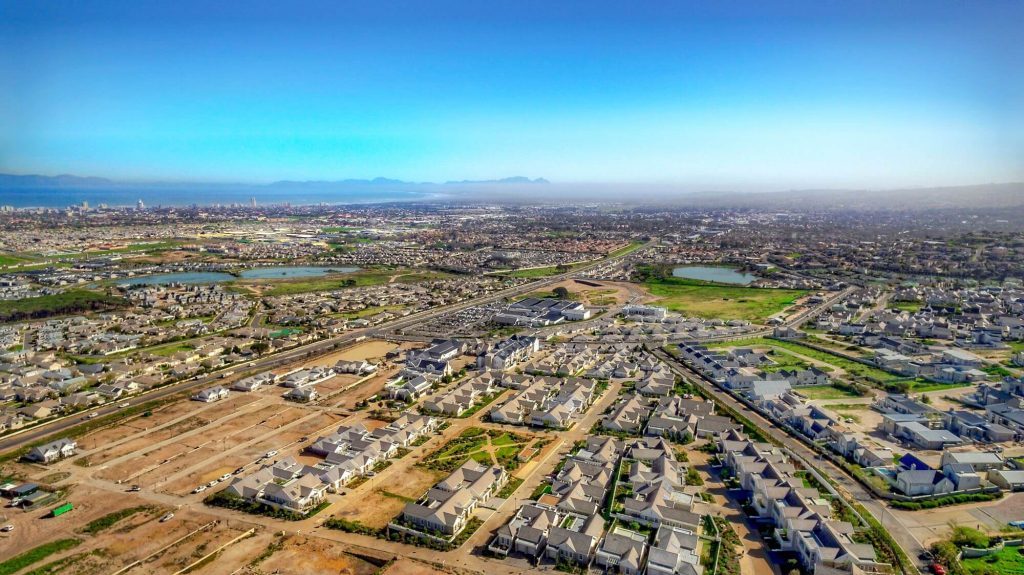 A Property Developer With The Highest Standard Of Ethics & Moral Conduct

In the world of property development, it is a rare and pleasant thing to find a developer that lives his life and carries out his business dealings based on the highest standard of ethics and moral conduct. It has been my pleasure over the past six years, to serve Okkie Potgieter and the Westacre Development team on The Somerset Lifestyle and Retirement Village project. With Okkie having recently announced his retirement, Dion and Johann Potgieter have stepped up to continue his considerable legacy. 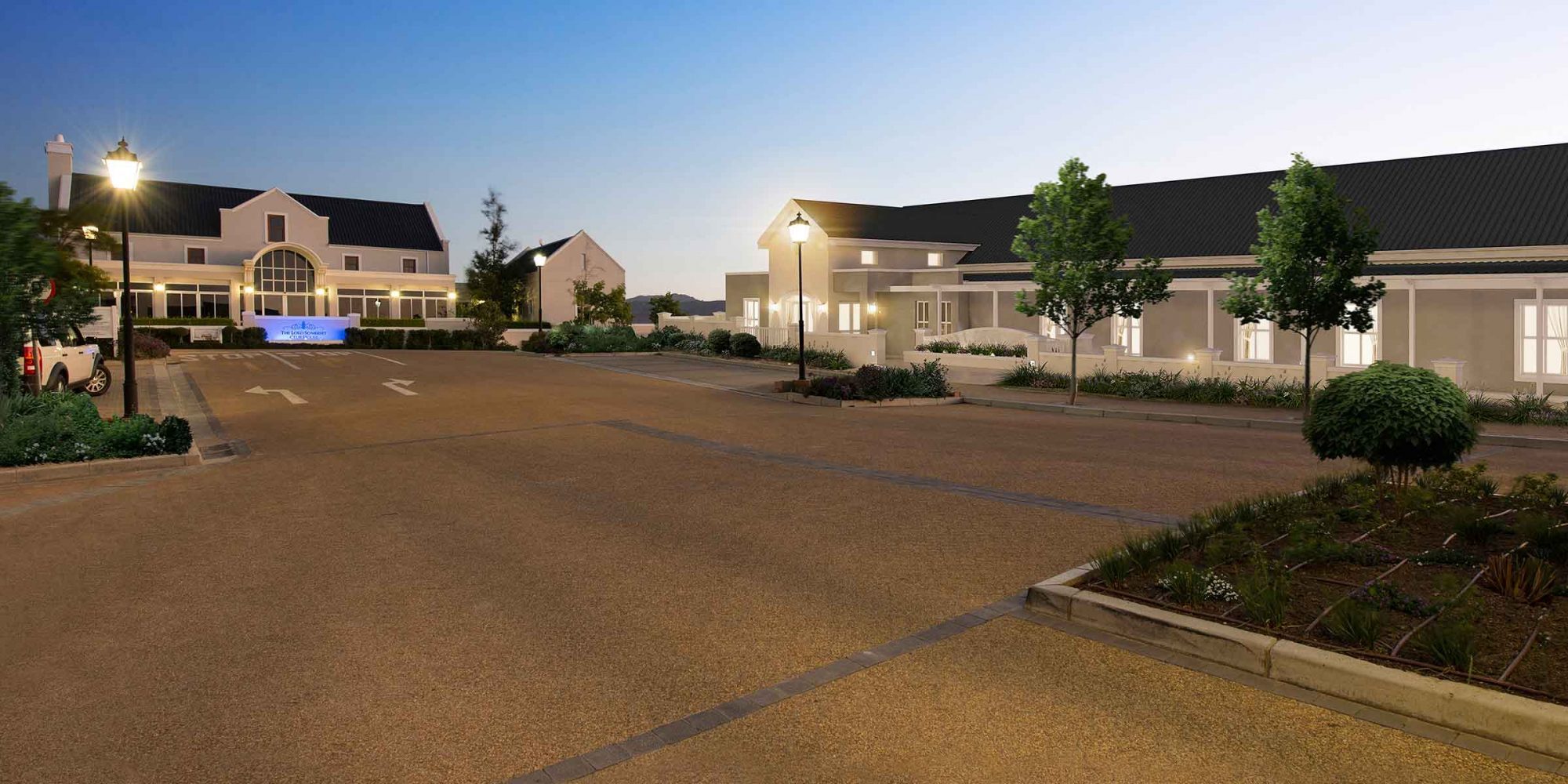 The new Care Centre at The Somerset Lifestyle and Retirement Village

The Somerset is immensely proud of their beautiful new Care Center and are thrilled to show it off. What you see is the result of collaboration between CPOA & Westacre. Great care has been made in the design of the Care Centre to be residential and not feel like a hospital or institution. 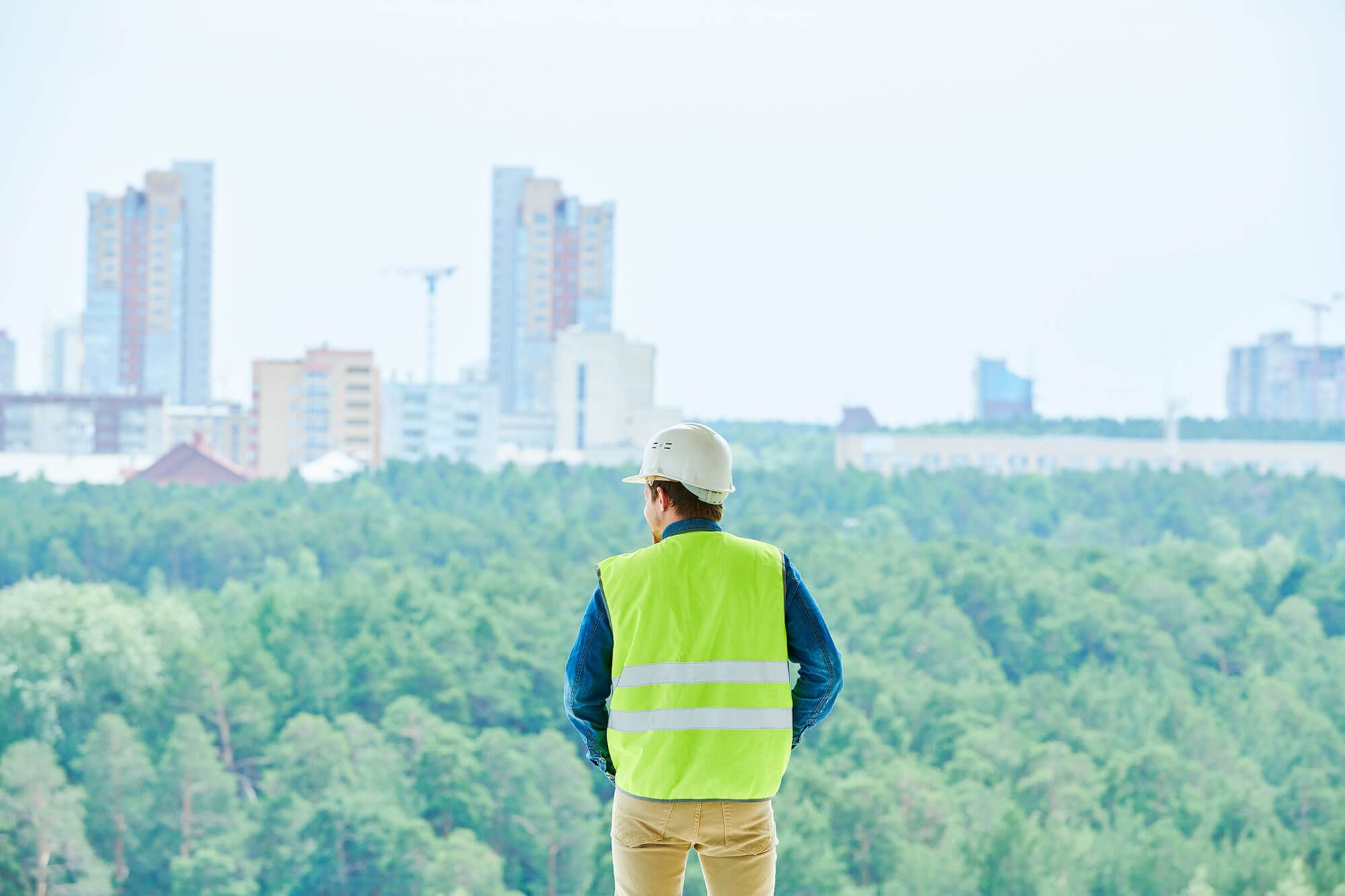 While green building practices – and Green Building Council certification – are known to improve sustainability and reduce running costs, EDGE certification is now also showing its worth as a marketing tool for estate developers.