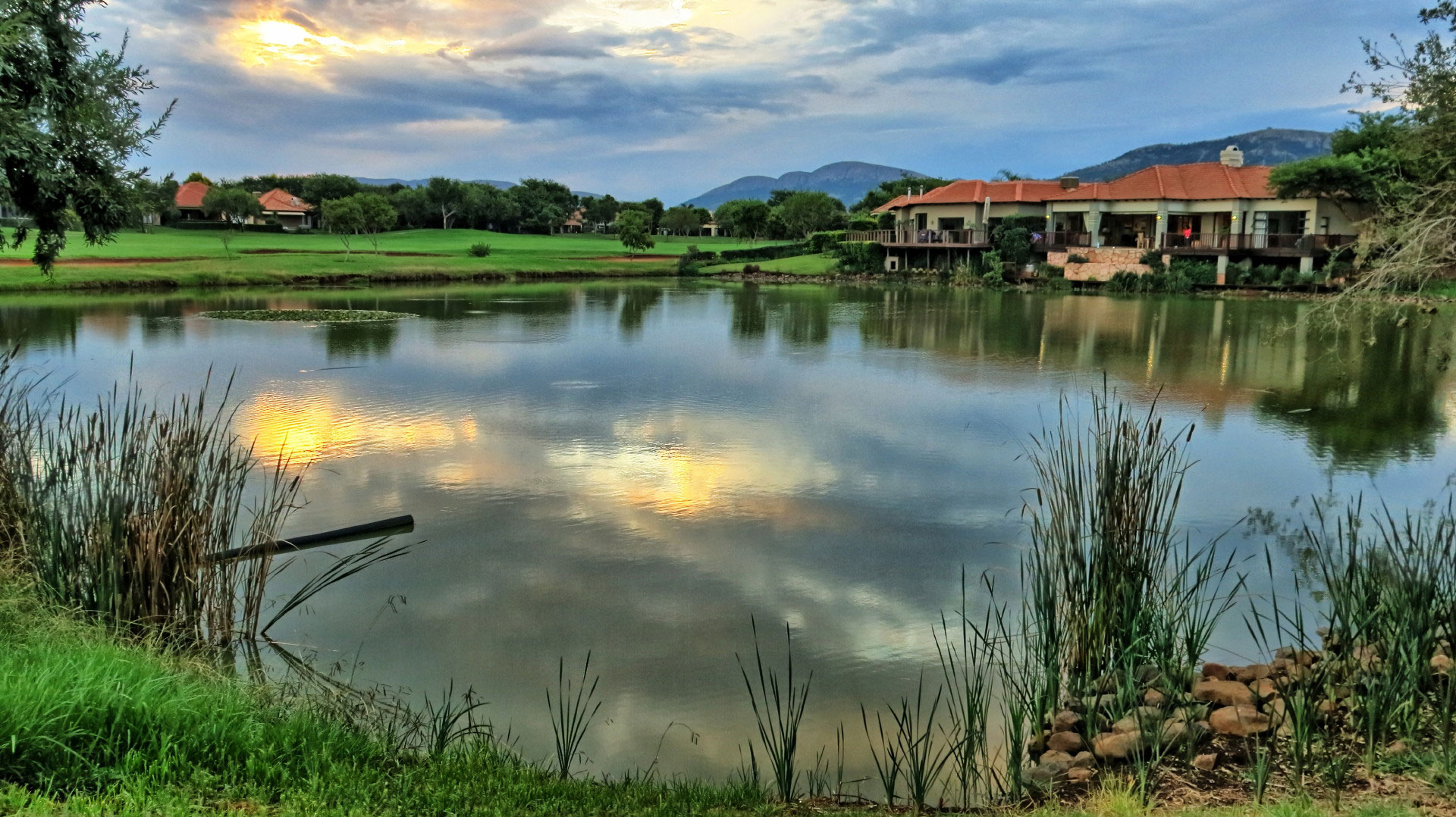 Luxury lifestyle for the whole family

Luxury lifestyle for the whole family

Pecanwood Estate, with the Pecanwood Golf and Country Club and golf course, is situated on the banks of the Hartbeespoort Dam in the North West province.

This combination forms not just a golf estate, but rather a luxury lifestyle estate, in which the Jack Nicklaus signature golf course is the centrepiece.

The lifestyle includes a boat club and country club with an array of creature comforts, a gym, sports fields and swimming pools, all housed within the estate’s top-level security environment. With the new full-service hospital coming on line in nearby Meerhof, a shopping centre on the doorstep, and direct access from the estate to Pecanwood College, which caters for students from grade 000 to matric, Pecanwood Estate offers its residents a complete living solution.

The estate is now starting a new chapter in its history. However, like many other golf estates, it is no stranger to tensions between developers and management. Typical of this were the problems with the golf course, which, after its halcyon days in the late 1990s, stumbled from one crisis to another.

Many of these problems, experienced by estates, are caused by a troubled relationship between a developer and the estate. In simple terms, having built an expensive golf course, the developer – out of either a genuine lack of understanding, poor financial projections or simply the need to sell up properties and keep levies low in support of sales efforts – fudges the downstream issues of the course’s ongoing maintenance and upkeep.

In the case of Pecanwood, this was achieved by the sale of a number of very creative membership options, none of which addressed the need to acknowledge the golf course as a core asset. These initiatives also ignored the parallel need for the course to be maintained by everyone owning property on the estate, irrespective of whether they played golf or not.

Pecanwood’s travails in this respect were not at all unusual. In fact, they are typical of the results when a dysfunctional structure is in place at the outset, especially in terms of the inherent dangers of allowing the golf course to be seen as a separate entity from the estate.

In this case the core problem with the golf course was exacerbated by the fact that one of the developer partners did not have a standard exit strategy on completion of the bulk – or even all – of the property sales. At this point in the development cycle, it is usual for the golf course to be handed over to the homeowners’ association for either a market-related or a nominal sum. In this instance, the controlling interest within the original development consortium retained ownership and management of the golf course and clubhouse.

Pecanwood now has a new estate manager, and has recently introduced a higher levy that gives all homeowners usage of the country club amenities. These include the boat club, three restaurants, event facilities and the championship golf course. This new levy was voted into effect almost unanimously by the homeowners present at the meeting convened by the HOA to determine the issue. This now assures the golf course of the predictable income stream it will need to bring it back into peak condition and keep it there − as one of the top twenty courses in South Africa.

More good news is that the original Malaysian investor – operating in South Africa as Country Heights – has completed extensive and very amicable discussions with the HOA. The upshot of these discussions is that Country Heights believes that the HOA is far better positioned to handle the day-to-day management needs of the Country Heights assets at Pecanwood, and in pursuit of this newly structured relationship, it has discontinued its direct operational role and leased the golf course and clubhouse to the HOA.

The bones of the course are good, and the initiatives to ensure its rebirth have already started with the complete overhaul of the clubhouse, the installation of a new high-tech irrigation system, and the start of a phased process to rebuild the bunkers.

The support by the homeowners for the levy increase should not surprise anyone. The golf course is an integral part of the facilities at Pecanwood, and a core element in its position as one of South Africa’s premier estates. The homeowners involved will have done the maths, and will have quickly realised that this re-investment in the continued well-being of the estate’s single most valuable asset was essential.

Most will have seen that this commitment to the new levy will reap real dividends in terms of maintaining and enhancing future property values, all of which are inextricably linked to the golf course.

Another key development is the fact that the board of directors, the community and the estate’s management now have a unified front, and the issues caused by Country Heights’ long-distance operational involvement are now behind them.

With a long lease agreement secured on the course and clubhouse, the HOA can now invest the resources of the estate in something that is, in effect, owned by the residents and homeowners. This work and the re-investment can already be seen in the ongoing and extensive refurbishment of key facilities such as the clubhouse and the boat club.

It will now be necessary to pay attention to another area that has also been neglected – the re-establishment of the Pecanwood brand. Estates, like businesses, are organic and constantly evolving, so marketing and the related support elements of sales and promotions are an iterative process, and HOA’s forget this at their peril.

Estate Living had a frank and broad-ranging discussion with the new estate CEO, Francois Schoeman. As he comments, “A corner has been turned and, with the new business and management structures in place and the continued support of the HOA, I see a bright future for the estate.” He adds, “Plans also evolve, and not everything works out as anticipated, but the basic ingredients are now either in place, or will be shortly, and all of these changes will assist in a smooth transition and help to ensure that the uncomfortable memories of the recent past, become exactly that – just a memory.”

This vision already includes a comprehensive waste management process. The estate’s own plant mechanically double-filters grey water before it is then re-filtered naturally in a pond system, from which it is used to irrigate the common areas and the golf course. At the same treatment complex, perfectly drinkable borehole water is filtered four times before being made available for consumption on the estate.

All of the garden refuse is recycled on site and, along with the solid matter residue from the sewerage plant, turned into compost and fertiliser and reused in the estate’s garden and common areas.

Energy efficiencies such as the installation of solar panels by individual homeowners are encouraged, although not prescribed, in the building and upgrading of property.

Pecanwood is also aware of its broader role in the well-being of Hartbeespoort as a whole. In this arena it actively seeks to engage and cooperate with its sister estates and developments over matters of mutual interest and common concern.

So the omens now look good, and strongly suggest that this transitional redevelopment period will deliver all the expected outcomes. The successful completion of this process will ensure that the estate moves into a community-orientated phase in its history, which will be within an environment offering a complete lifestyle solution for every resident and homeowner.

Sorry, the comment form is closed at this time.

Enquire about this Estate 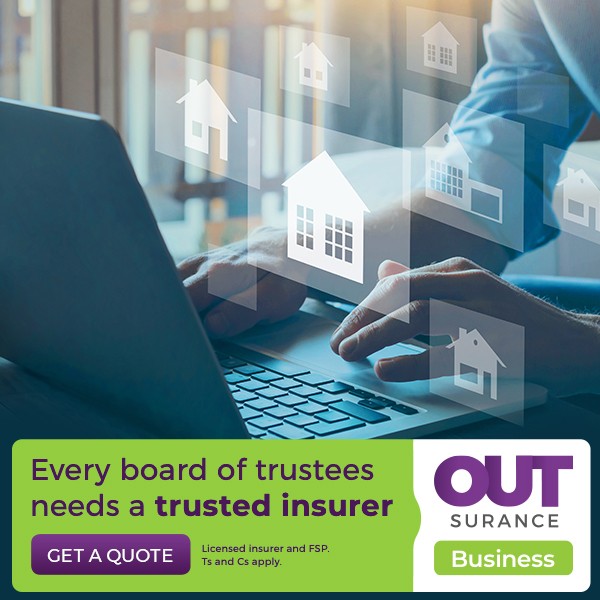