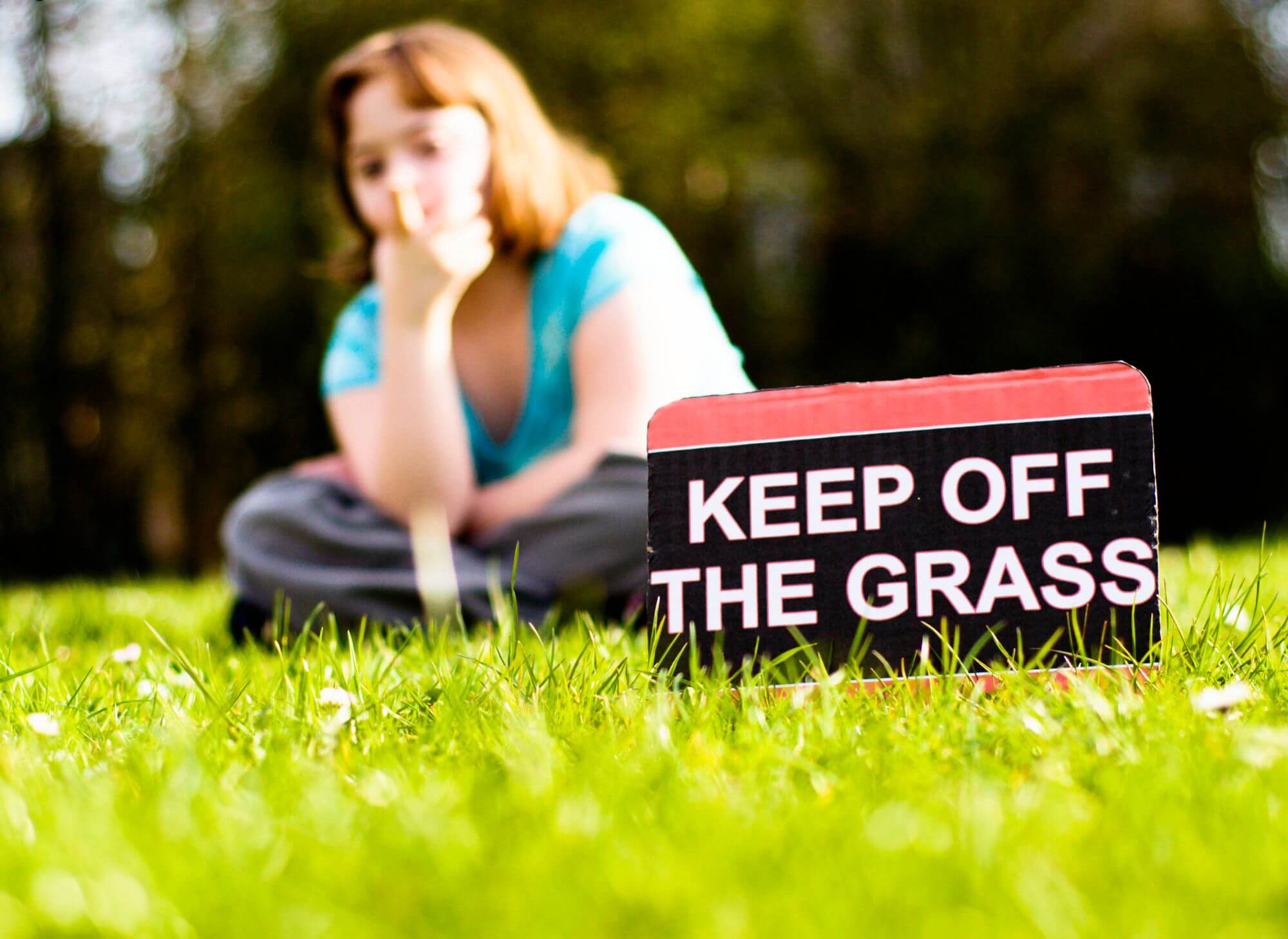 Developers, HOAs, municipalities and the management of all manner of complexes, schools and campuses are learning that there are some things you just can’t fight. Put up as many ‘Keep off the grass’ signs as you like, people will take the shortest (or most convenient) path to get to where they’re going. So, the smart ones are giving in.

Planners, architects and engineers come in two varieties: those who work with the elements – land, people, animals, weather and available building materials – and those who (at least try to) impose their will and vision upon the world.

Leaving your mark on the world

Architects and planners who come up with huge ambitious designs that, they predict, will change the very fabric of a city or precinct never have to ‘go back to the drawing board’. Because they’ve never left it. They sit in their ivory towers and design beautiful, symmetrical structures and layouts with right angles, broad boulevards and huge, ego-enhancing monumental structures. These are the architects most beloved of dictators – the Hitlers, the Romanovs and the Stalins.

Giving in to desire

And then there are the planners – and even engineers – who work with nature, probably the most prolific and impressive examples of whom are the brilliant father-and-son team of Andrew Geddes and Thomas Bain. Between them they designed and oversaw the construction of 57 of the more interesting mountain passes in South Africa – many of which are still traversed daily, and are virtually unchanged after well over a century. Other than being archetypical Victorian ‘Renaissance men’ and brilliant engineers, the Bains did one really smart thing. They paid attention the elephants in the room road. Almost all of their passes followed elephant paths*, which were also the routes taken by smaller game, and people, since time immemorial. And they did that not out of some bunny-hugging emotion, but out of technical pragmatism – these natural routes followed the path of least resistance. Elephants, after all, not only have good memories, they are also very bright.

That worked pretty well in the 19th century, but there are very few elephants left in the urban and peri-urban areas of South Africa, so how can this possibly be of any relevance to modern-day planners of residential estates and – even more importantly – precincts?
Long before breaking ground, developers do surveys, draw up plans, revise the plans, get them passed (or not passed, in which case they revise them again) and – ultimately – figure out where everything should go: the roads, the water and sewerage reticulation, the power lines, the fibre and, of course, the communal spaces like gyms, retail centres, playgrounds, sports facilities and ‘natural’ areas.

And then, once it’s all been built, and the development is 90% sold, cheeky teenagers, horrible little brats and antisocial residents disregard the beautiful yellow brick pedestrian paths and – in defiance of estate rules – walk on the grass! Or through the wetland.

In his novel The Little White Bird, JM Barrie, who is best known as the author of Peter Pan, describes the route to Round Pond in London’s Kensington Gardens:

‘Paths from everywhere crowd like children to the pond. Some of them are ordinary paths, which have a rail on each side, and are made by men with their coats off, but others are vagrants, wide at one spot and at another so narrow that you can stand astride them. They are called Paths that have Made Themselves, and […] like all the most wonderful things that happen in the Gardens, it is done, we concluded, at night after the gates are closed.’

He later refers to them as Gypsy Paths.

These paths that ‘make themselves’ are the physical expression of the will and/or desire of people. While ‘men with their coats off’ may toil with spade, pickaxe and trowel at the behest of pencil-wielding planners, ordinary people vote with their feet, and create the paths they need. And planners ignore them at their peril. 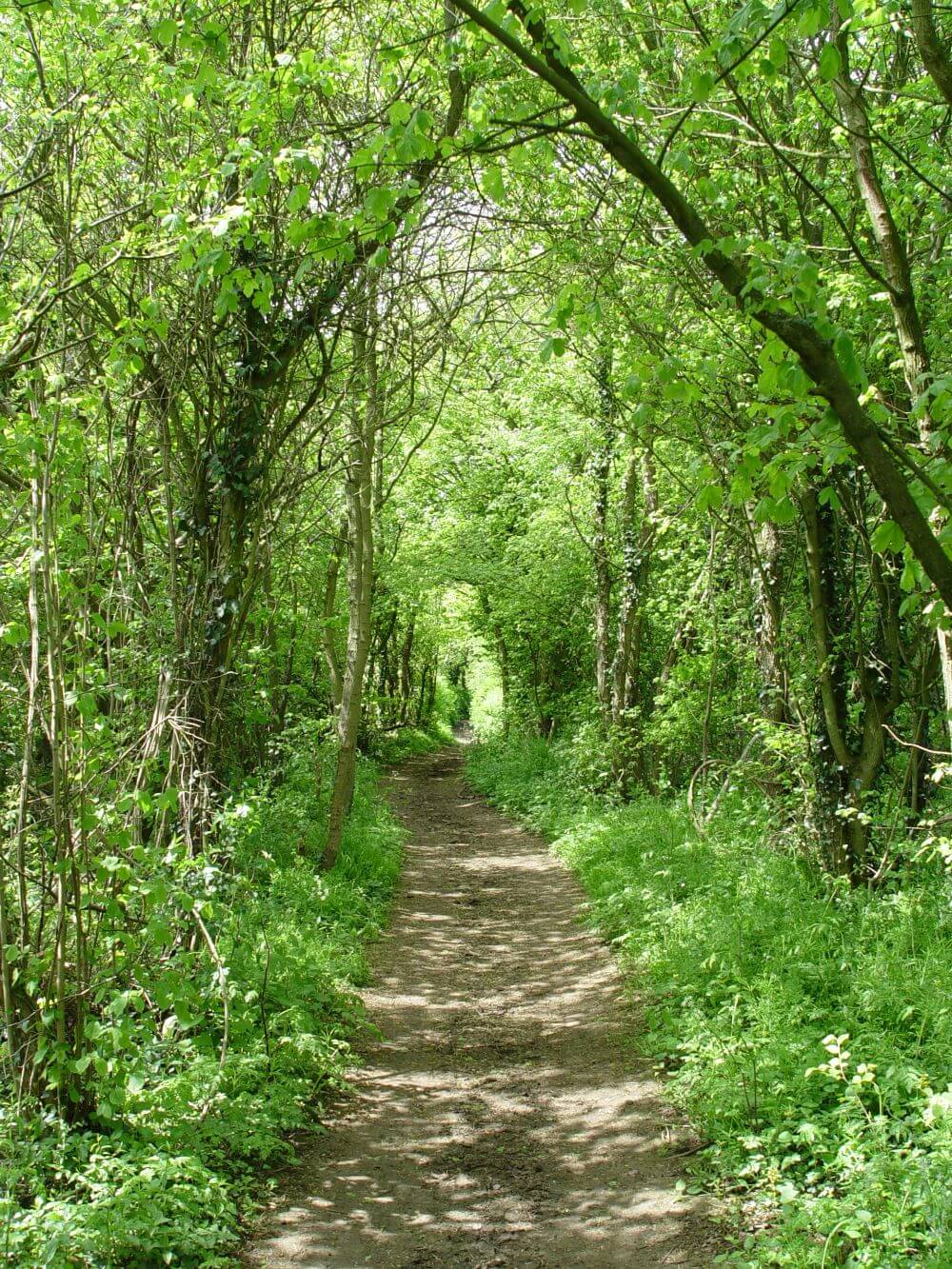 The principle is not confined to actual paths as eroded by human feet. Sometimes the evidence of a desire path can be less pleasant, like the body count on busy roads. It is in response to a number of pedestrian deaths that the Western Cape Department of Transport and Public Works has recently started building a pedestrian bridge across the N2 where numerous people – including learners at two primary schools – have been killed or injured in the daily road-crossing gauntlet that forms part of their everyday commute, because the alternative would be a detour of a few kilometres.

But it’s not just the routes that people take – sometimes it takes a creative thinker to identify desire paths where people daren’t go, or don’t leave evidence when they do. In Philadelphia – a city notorious for its narrow streets and lack of pedestrian walkways – urban activist Jon Geeting photographed the city’s snow-covered wintry streets documenting where vehicles actually drove. He published the photos in 2014, showing areas where roads could be narrowed down to give more room to pedestrians and cyclists, thereby coining the phrase sneckdown – a portmanteau of snow and neckdown (a neckdown is an area of narrowed road). It was just one intersection in one city, but it has earned this blogger a place in the annals of city planning history, and a place in Philadelphia Magazine’s 2017 list of the 100 Most Influential People in Philadelphia.

All residential estate developers know that, to be successful, you have to give prospective buyers what their hearts desire. But what only the savvy ones know is that – once those buyers become residents – you have to pay attention to what their feet desire. If they cut across your perfectly landscaped central piazza, don’t fight it. Watch where their feet, and their desire, create a – usually not entirely straight – route, and then cast it in stone.

Sensible planners everywhere are recognising desire paths for the valuable data they are, and utilising them in planning. Many universities have, since the late 20th century, put off paving pathways to new buildings. Rather, campus planners wait until the students have shown the best path by the simple expedient of walking it – and then they pave it. And – hey presto – almost no-one strays off the paving. Why would they?

4 min readServest is a multidisciplinary business positioned to coordinate all of your facilities related services, including operational and infrastructure support. We aim to ensure the integration of people, systems, places, processes, and technology. Our expert teams and their continuous quest for knowledge, empowers us to consistently bring value to your business by providing innovative techniques and a wide range of equipment. 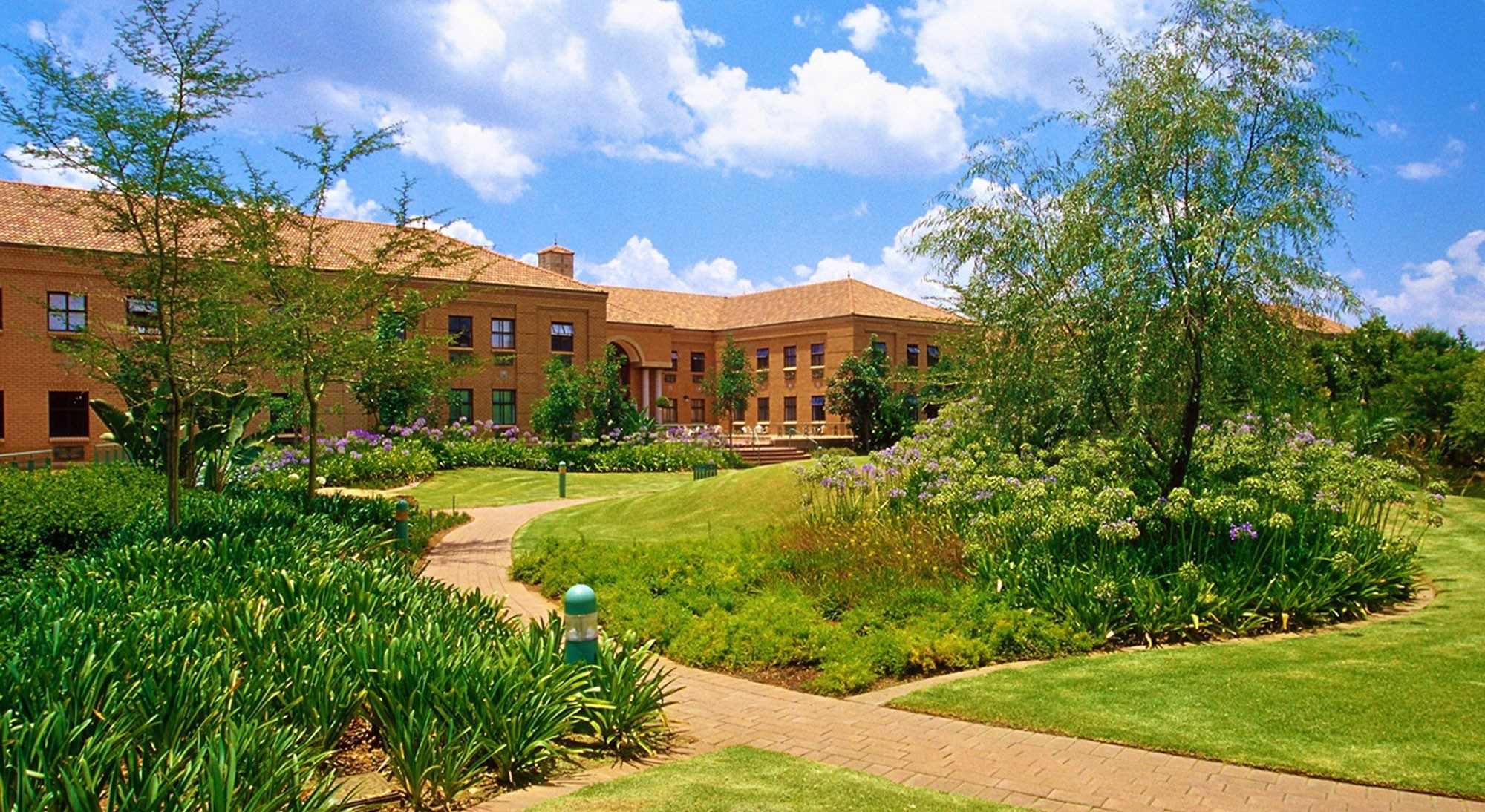 4 min readServest is a multidisciplinary business positioned to coordinate all of your facilities related services, including operational and infrastructure support. We aim to ensure the integration of people, systems, places, processes, and technology. Our expert teams and their continuous quest for knowledge, empowers us to consistently bring value to your business by providing innovative techniques and a wide range of equipment. 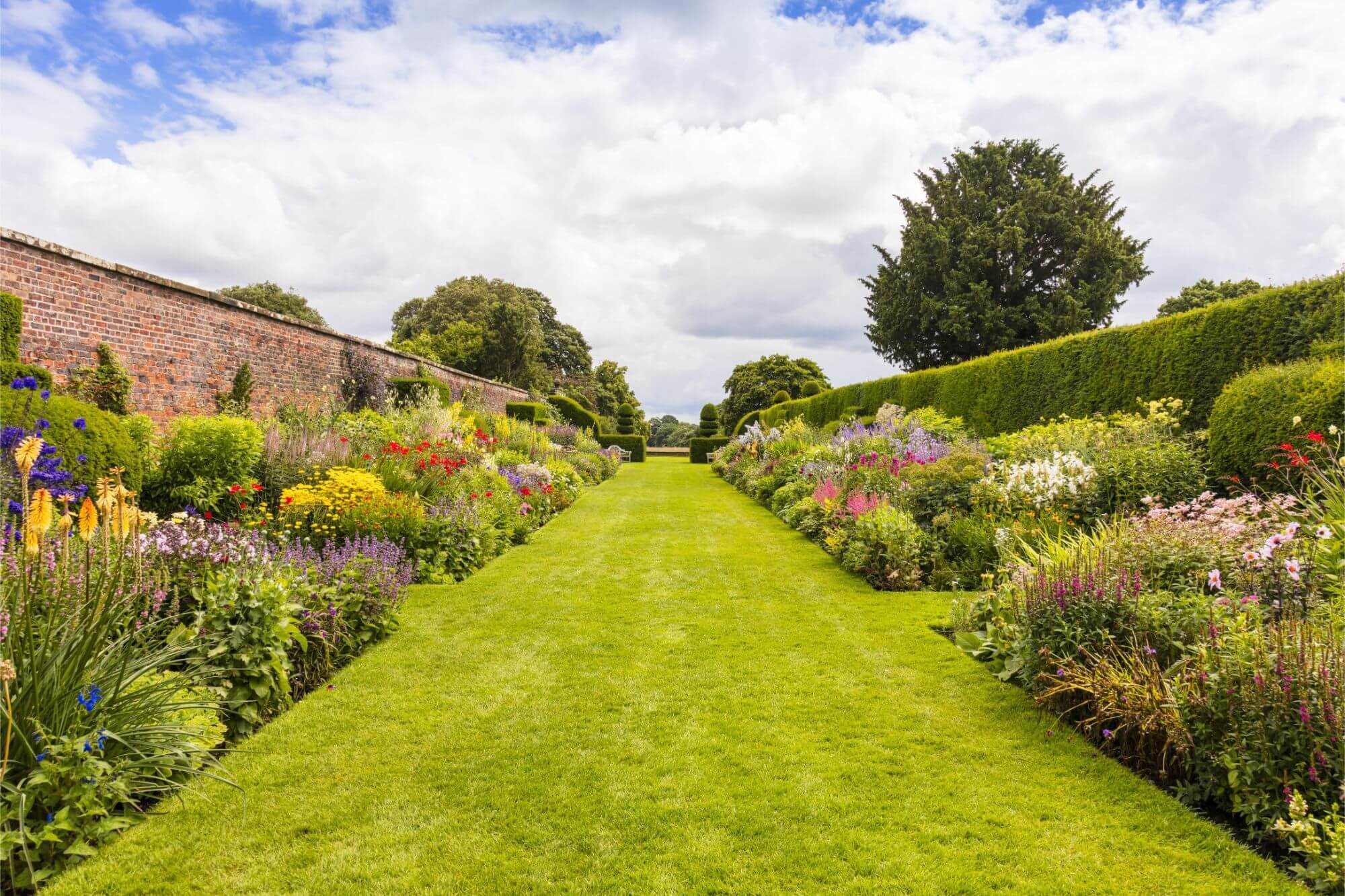 4 min readThe gardens, areas of natural vegetation, rivers, water features, paths and even parking lots on your estate are all part of your ‘shop window’. So they need to be beautiful – and also sustainable in every sense. That’s where Servest comes in – creating beautiful spaces that enhance your estate both aesthetically and environmentally. 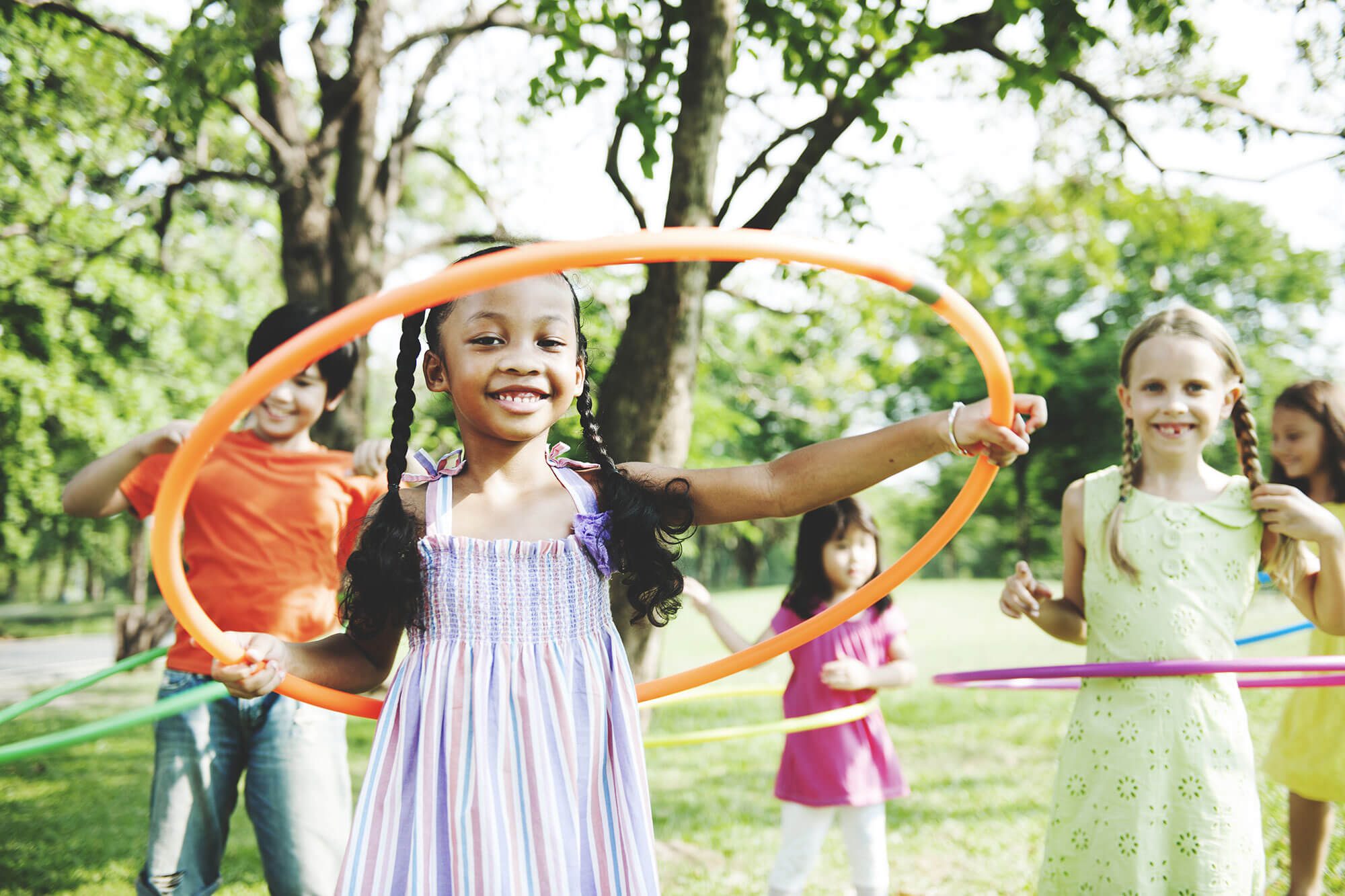 4 min readBack in the Victorian era, it was said, children should be seen and not heard. They ate in the kitchen with the staff (who were considered to be barely human) and were expected to keep out of the way. Unless, of course, they were working in the mines, sweeping chimneys or polishing boots. 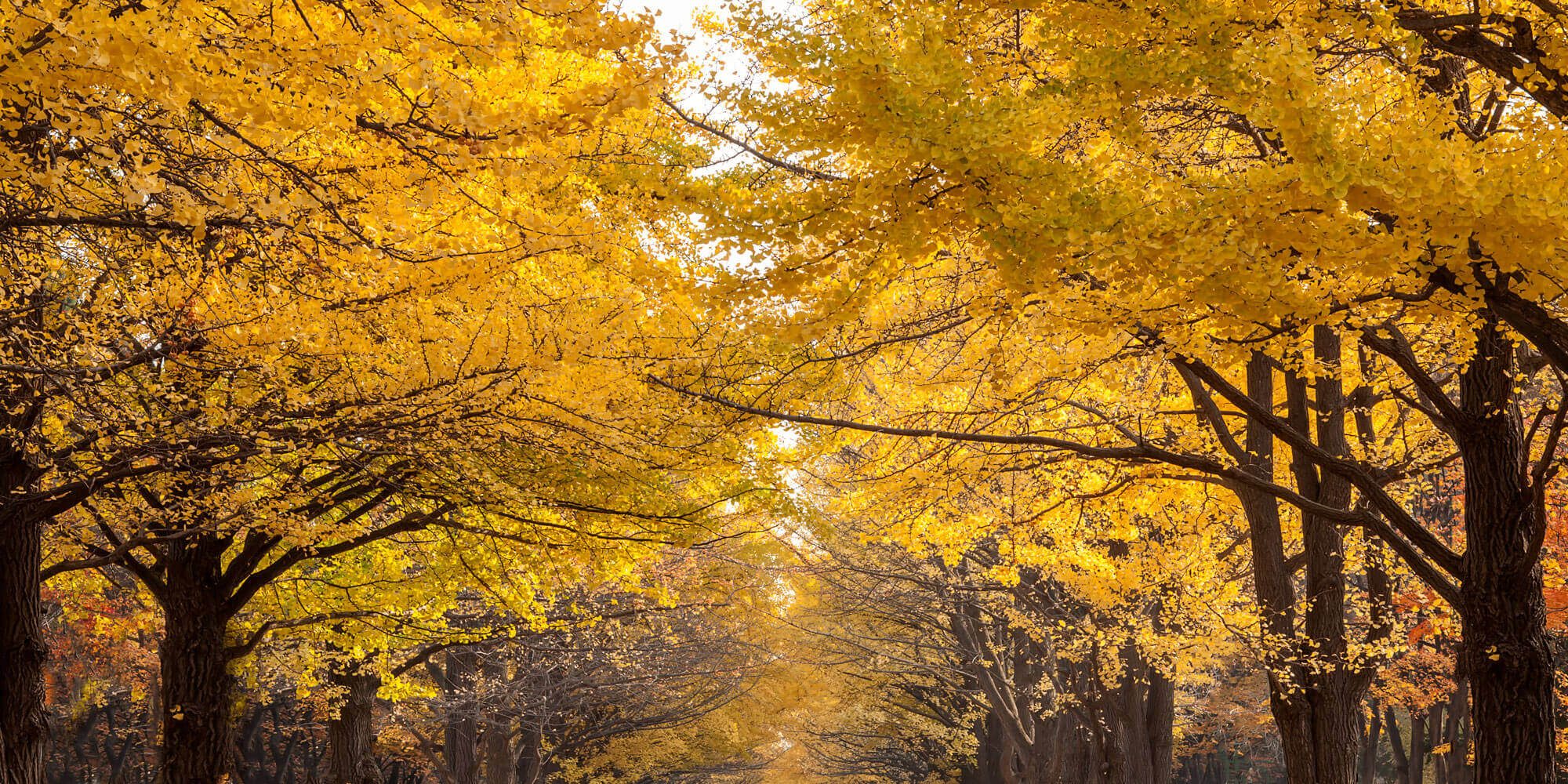 4 min readA few days ago, when I was walking in Cecelia Forest – one of my regular haunts – I noticed a stream that had not been there previously. Or, at least, I thought I did. I’d walked around a corner and, yes – there it was – I could hear a stream. But I knew there wasn’t one there, so I stopped and thought. 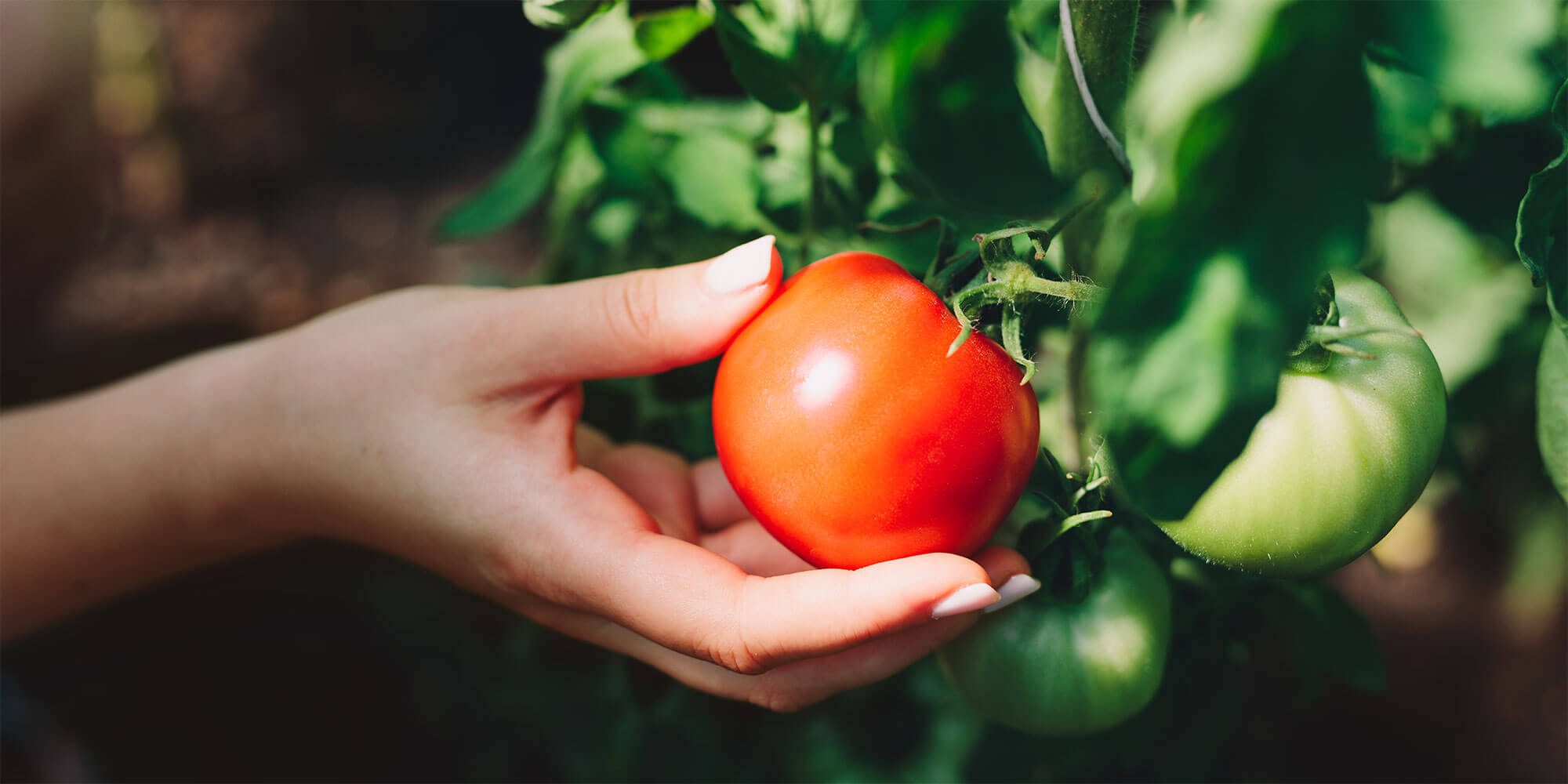 4 min readThere is a new foodie trend sweeping across five-star hotels, award-winning restaurants and granite-topped kitchens in leafy suburbs. Actually, maybe ‘new’ is not quite the right word. The trend is foraging, and – let’s be honest – it’s hardly new.