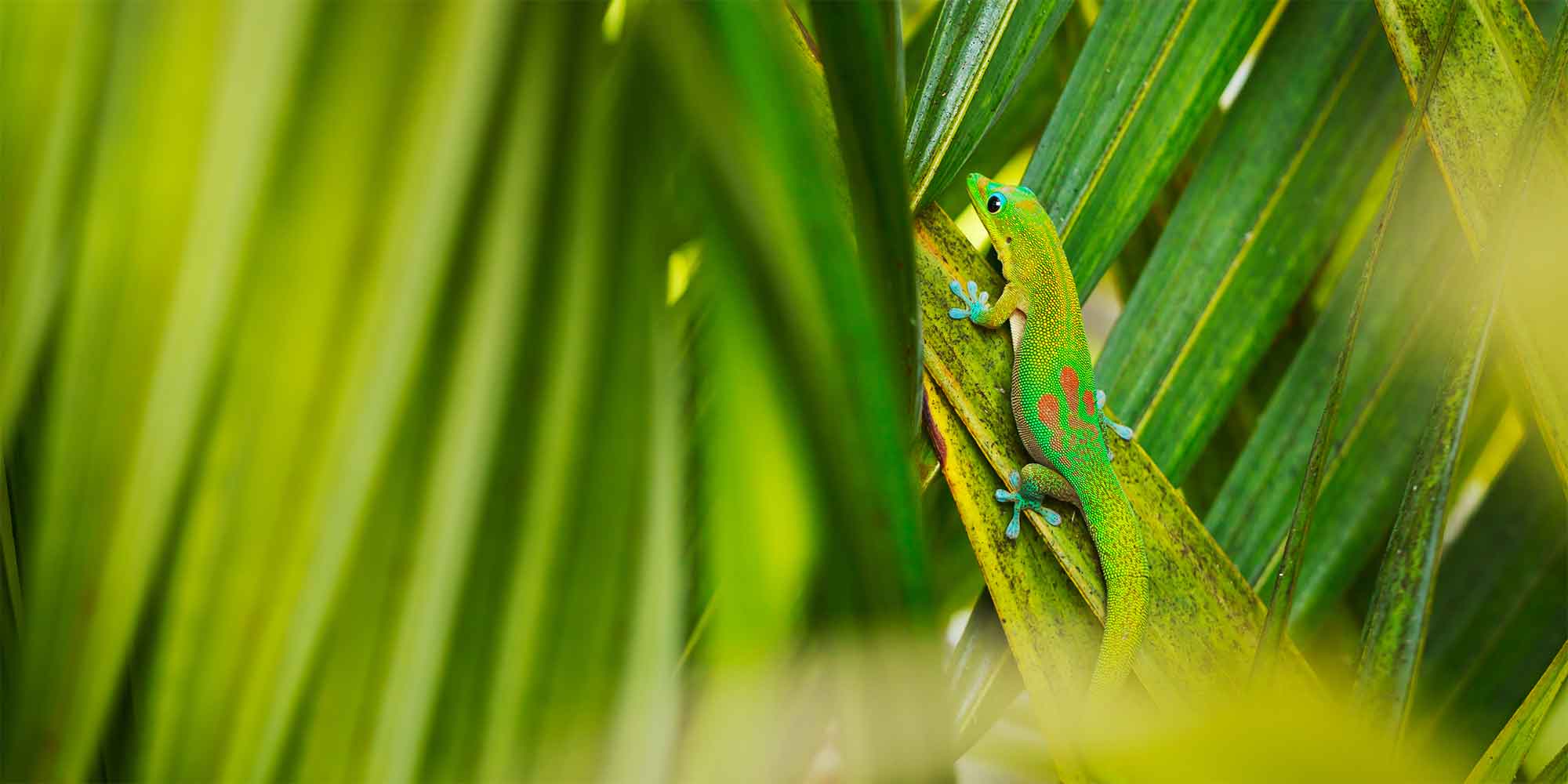 How to make your garden wildlife-friendly

How to make your garden wildlife-friendly

There can be few things as rewarding as watching a healthy natural mini biome unfold in your own garden. A close encounter with one of our amazing four-legged reptiles reminds me that biodiversity can be maintained in even the smallest of suburban gardens.

All creatures great and small

As most of us find ourselves with a bit more free time to spend in and around our own properties, we are inevitably drawn outside to the garden. You’ve probably noticed a whole community of wildlife that previously slipped your attention: the bees are out in force, and autumn is a wonderful season to observe birdlife as avian families are busy preparing for winter by making the most of the late-summer fruit and seed crops. But, for me, the archetypal garden animals – the ones that ensure a balanced and flourishing garden ecosystem – are what we commonly call chameleons, lizards and geckos. But, to be precise, they are all lizards.

There are more than 6,000 species of lizard in the world, ranging from teensy weensy ones measuring only a few centimetres to monsters like Komodo dragons, and including our own indigenous monitor lizards. But, for our purposes, we will confine ourselves to the smaller chameleons, geckos and skinks.

Many of the species are extremely rare and endangered. The Cape Dwarf Chameleon, for example, was an ever-present fixture in our gardens when I was a child, but, sadly, their numbers have dropped sharply in the last 30 years, by as much as 85%, and they are now classified as Near Threatened. This is due to a combination of habitat destruction, pesticides (which affect both the chameleons and their prey) and, in particular, the proliferation of domestic cats.

Geckos are mainly nocturnal and very common at houses in coastal areas of the Western Cape, where they are often seen feeding on insects around outdoor lights. In nature, their habitat is very varied, and they will shelter in any suitable hiding place such as rock crevices or under bark on dead trees. Some people regard these important little guys as a nuisance because they stain walls, but – hey – you can wash the walls. And, more importantly, geckos play a crucial role in insect pest control, as they feed mainly on moths, fish moths and my least favourite flying nuisance – mosquitoes.

As is the case with many lizard species, they readily shed their tails when confronted by a predator – the wriggling tail will distract the predator, giving the gecko time to escape – and then grow another one. We had one large fellow living in our bedroom who had four tails, an indicator of how many times the cats had tried to turn him into a feline toy.

Worldwide, there are 75 genera and over 600 species of skinks, which are what we tend to think of as ‘typical’ lizards. They are also the second most diverse group of lizards in southern Africa (exceeded only by the geckos), with 11 genera containing 59 species – of which one genus and 31 species are endemic. They grow to a relatively large size (20 to 25 centimetres), and males will prey on smaller species.

The Cape skink, which is probably the best-known lizard in South Africa, is common in gardens that don’t have cats or dogs, and has an extensive range. Unfortunately, domestic cats have a considerable impact on the numbers of this lizard in urban areas. Like most skinks, the Cape skink is ground-living and shelters in tunnels that it digs at the base of bushes or boulders. It also favours any kind of debris to hide underneath.

Cats and other fearsome predators

South Africa is definitely dog country. It has 12 million dogs to 3.5 million cats. Cats, and certain species of small dogs such as terriers, both pets and especially those that have been abandoned and have gone feral, are the main reason for the dramatic decline in chameleon, lizard and gecko populations in gardens and ecosystems that surround human habitations.

Domestic cats are the main nocturnal culprit, targeting mice and geckos to hunt, but will also hunt out lizards and chameleons during the day. Almost all feral cats hunt their meagre meals. Pets that are allowed to roam often hunt too, but often not to predate, merely for the ‘the thrill of the chase’, and often you’ll wake up to the uplifting sight of some neatly disembowelled creature on your duvet, a present from a pet cat. Many years ago I had a Persian cat that would delight in bringing me large rain spiders in the dark hours of the night …

Combine the impressive weapons that domestic cats have for stalking and killing small prey with the appetite and genes of a pure carnivore, and the number of animals killed by them totals billions a year, unfortunately making domestic cats the leading cause of death in the places where they live, which is all of suburbia and many other places too. Add the growing population of feral cats to this scenario, and one can see with some clarity why the populations of suburban lizards, chameleons and geckos have nosedived in the last 20 years.

Many species of lizards eat garden pests, such as slugs and harmful insects, so they contribute significantly to creating and maintaining a healthy garden. But they also serve as a barometer of environmental health, because they are vulnerable to pollutants, so their mere existence in the garden indicates low levels of pesticides and heavy metals. It follows that food grown in such a garden will also have low levels of these substances. So, in a somewhat circular argument, create a healthy garden in which these lovely critters can live, and they will reward you by keeping the garden healthy, and advertising the fact by their presence.

Hard professional landscaping and flowing sweeps of meticulously manicured lawn won’t encourage wildlife to come to your garden, as there is little space for the animals to hide and feel secure, and lawn attracts few prey-predator relationships crucial to any healthy ecosystem. So here are some tips for keeping your garden beautiful, but simultaneously making it lizard-friendly:

You will know when your garden has transformed into a healthy ecosystem when birds roost and nest in the trees, when chameleons are once again seen perching regally in shrubby growth, when you find a skink basking happily on a rock you provided, and when the geckos come out to wage war on the mozzies at sundown. That’s when you’ll know that you have created a small space in which the world is as it should be. 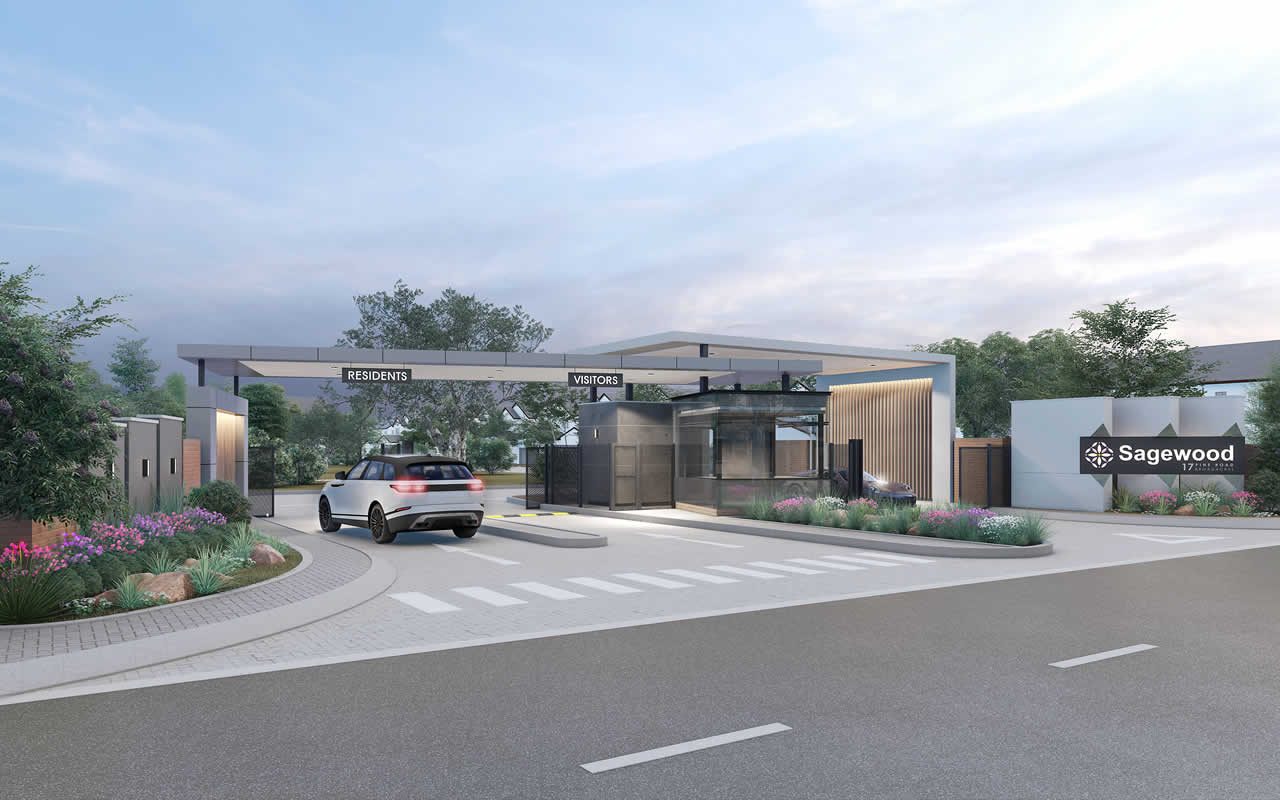 5 min readIntroducing Sagewood: spacious, freestanding homes in the heart of Broadacres. These spectacular 3 & 4 bedroom homes were designed to give you more freedom, craftsmanship and contemporary features.

5 min readTo maintain its position as a leader in progressive luxury, BMW goes beyond traditional thinking to create a new class of driving – where the journey itself is the destination. 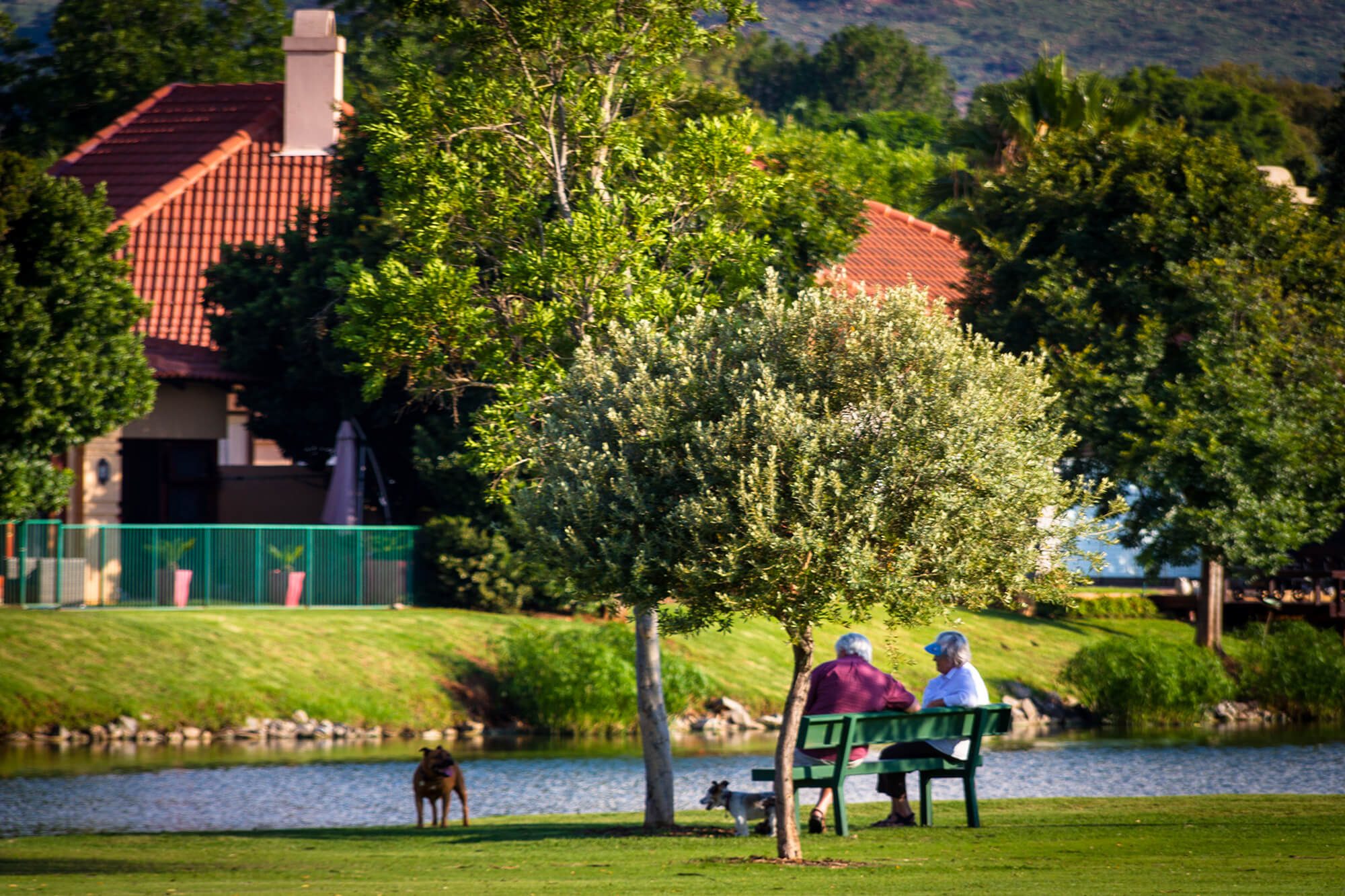 5 min readPecanwood Estate Golf and Country Club ‘adds a new dimension to the concept of rest and relaxation’. It is only after taking in its splendid location first hand that you see why they so rightly claim this. 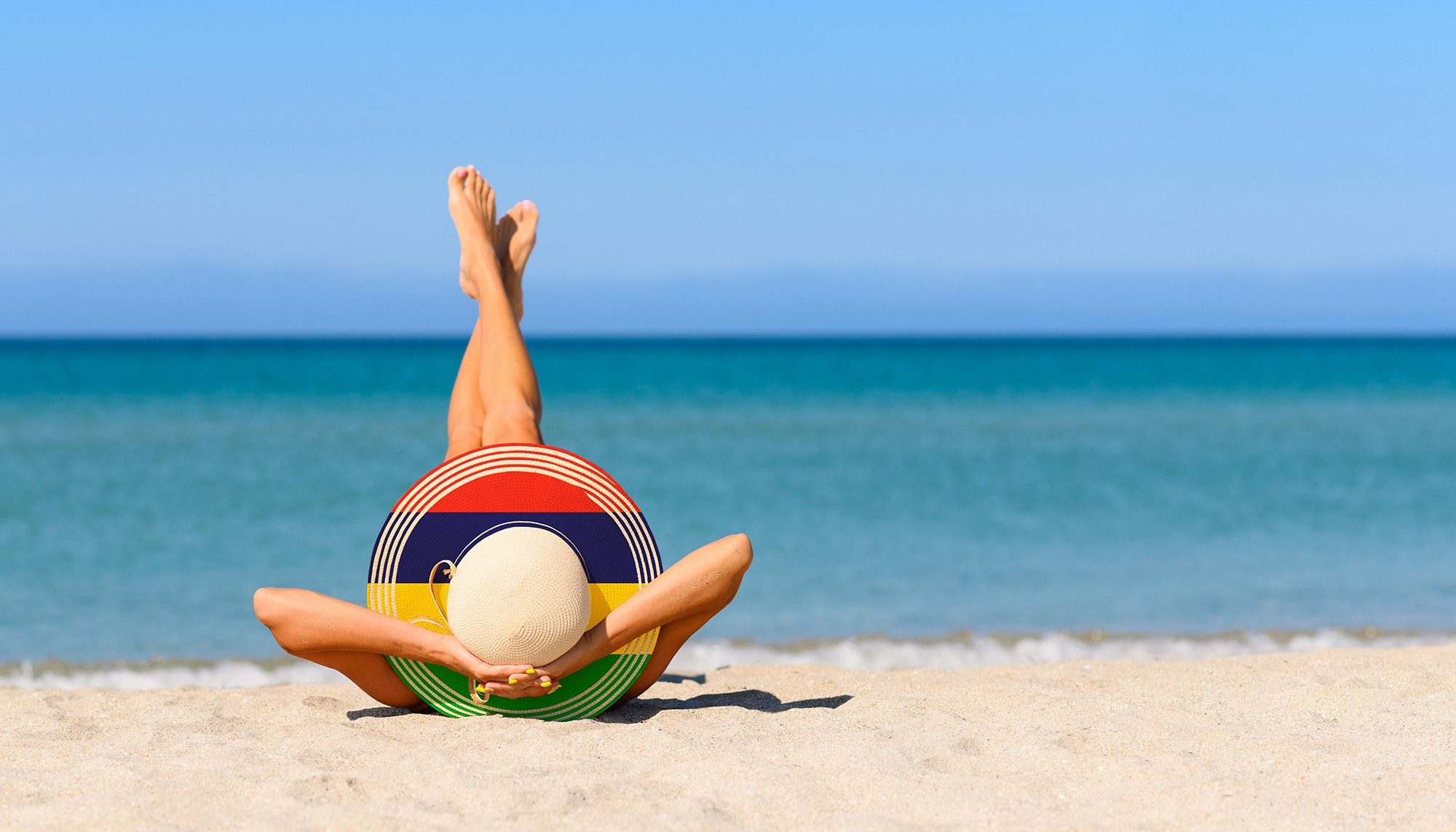 5 min readEstate Living is one of the leading resource platforms when it comes to Mauritius emigration or investment. We provide the opportunity for the experts to discuss the various considerations from relocating the family, either setting up a business or continuing to work remotely, retiring to Mauritius or just looking for an investment property, Mauritius has certainly opened its doors to South Africans.