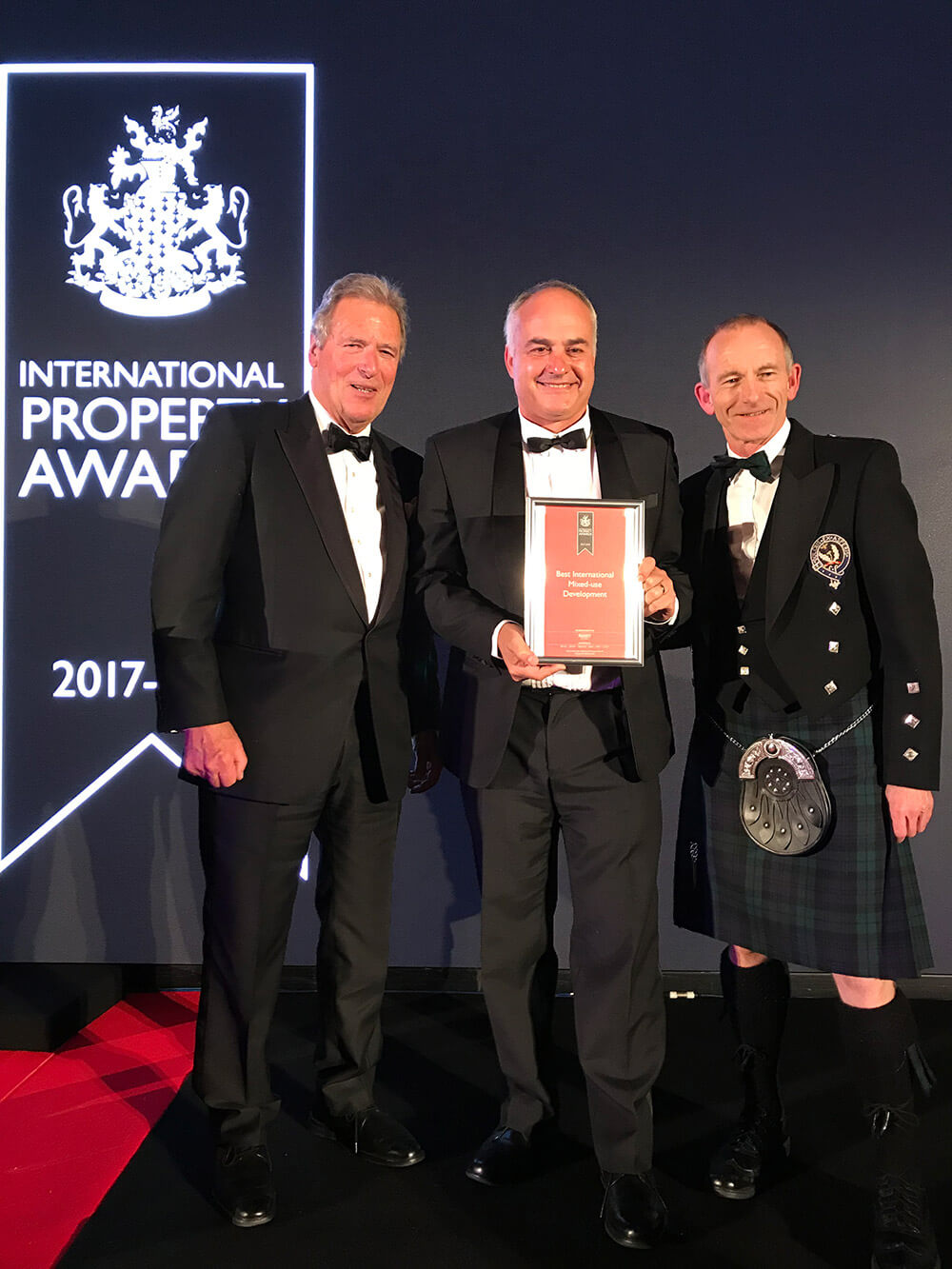 At a ceremony held at the iconic Savoy Hotel in London on 4 December, Waterfall Management Company was awarded the International Best Mixed-use Development 2017/2018 for the Waterfall development.

Now in their 25th year, the International Property Awards cover the regions of Asia Pacific, Africa and Arabia, Europe, USA and the Americas, as well as the UK, celebrating the very best projects and professionals in the industry.

Over the past year, a panel of over 80 expert judges have studied and assessed thousands of entries from 115 countries. Judging focuses on design, quality, service, innovation, originality, and commitment to sustainability. This is the first time in the history of the International Property Awards that a South African company has won the Best International Mixed-use Development award.

Willie Vos, CEO of Waterfall Management Company, said “After winning Best Mixed-use Development in South Africa and Africa for four years running, we are thrilled that Waterfall has finally been recognised for the world-class city it truly is. The significance of being awarded International Best Mixed-use Development 2017/2018, is that property professionals worldwide will now take note of South Africa’s ability to build world-class developments, even during a time of major political uncertainty in the country.”

“Careful planning over a number of years and a lot of dedication from various role players working together as a team, have made this achievement possible” he continued.

By its anticipated completion in 2027, the current estimated developed value is approximately R100 billion. While the Waterfall development currently creates jobs for over 15 000 people, once completed, it will have created close to 70 000 job opportunities. The development in its entirety is also already responsible for contributing to rates and taxes to the City of Johannesburg of close to R300 million per year. This figure is expected to reach over R1 billion per annum by the time of completion.

Waterfall Management Company co-ordinates and directs the development with a holistic long-term view in mind and closely collaborates with specialist development partners, planners and Government authorities.

Attacq is one of the major role players on the property. Commercial developments by Attacq and its partners include The Mall of Africa, the PWC building, Amrod, BMW and Massbuild distribution centres as well as the soon to be constructed Deloitte building, to name but a few. On the residential front, Century Property Developments, along with their investment partner Sanlam, and Calgro M3 Holdings have so far constructed a combined total of over 2 800 units, ranging in sales price from R500 000 to R150 million. Meanwhile, Balwin Properties are in the process of developing approximately 23 000 residential units, to be completed by 2027. Other role players include Netcare, Curro and Reddam schools, BP and Sasol.

Waterfall Management Company and its shareholders are extremely proud of this international recognition and would like to thank and congratulate everyone involved in the development, including the individual residential investors who all contributed to this achievement in some way.

Waterfall is the largest property development in South African history, combining approximately 23 000 residential units that will eventually house an estimated 70 000 people, with commercial and office space that will accommodate a further 70 000 people. For more information, please visit: www.waterfall.co.za 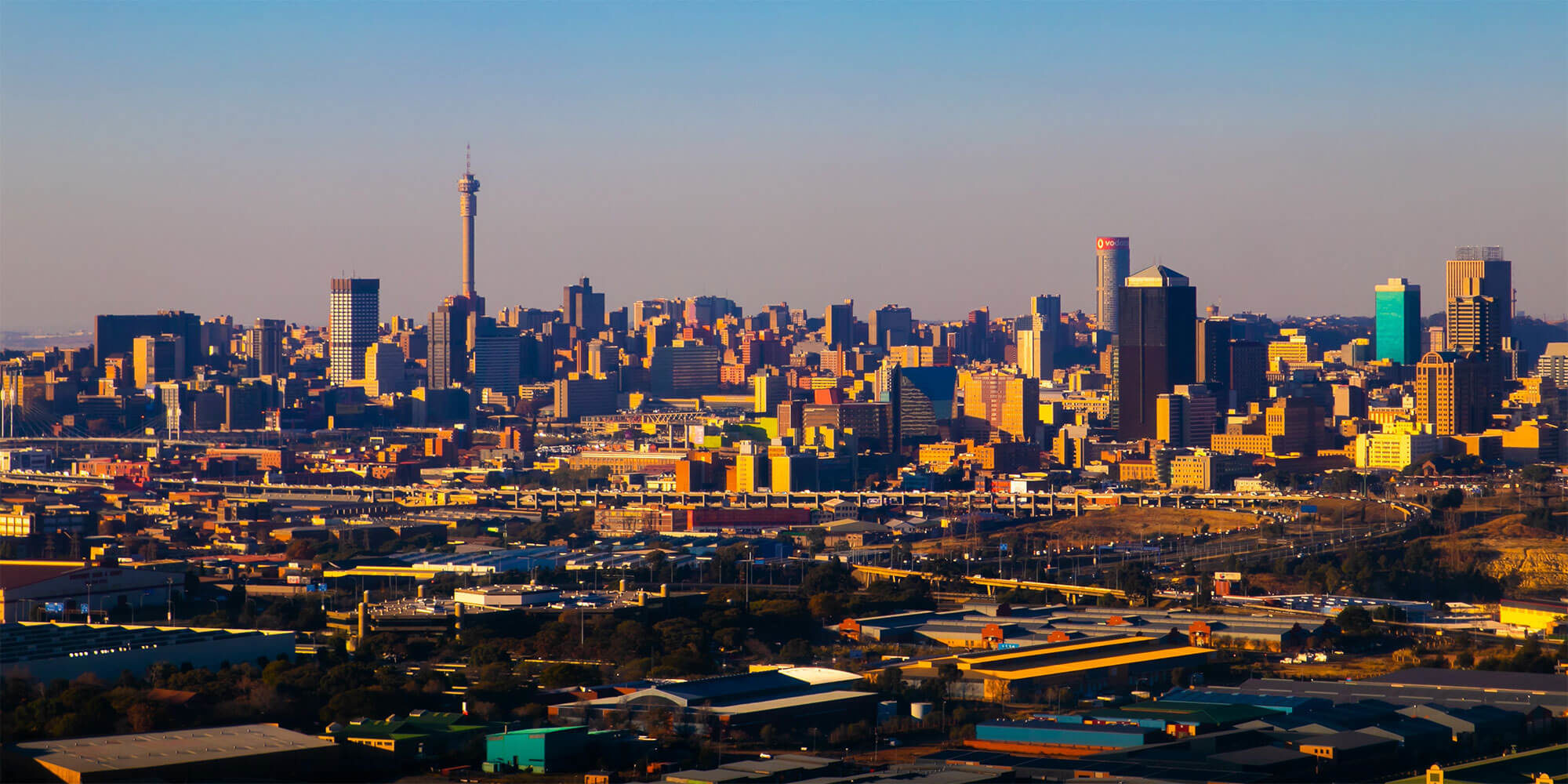 How does Johannesburg measure up as a megacity?

3 min readJoburg is fast becoming a megacity, but how does it compare with existing African megacities for return on investment? Cairo, Kinshasa and Lagos all carry the status of megacity – cities with a population of at least 10 million inhabitants. Fast on their heels are Dar es Salaam, Luanda and Johannesburg, which are predicted to attain the status of megacity by 2030, according to the United Nations. 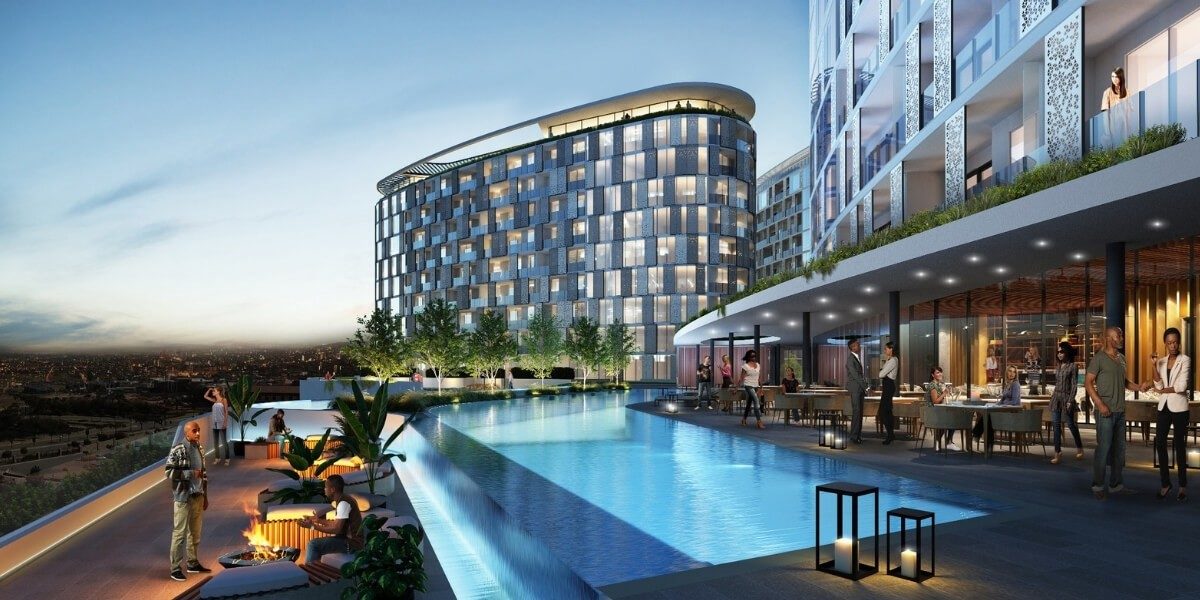 3 min readIf you’re spending thousands of rands a month on accommodation while doing business in Joburg, some careful re-strategising can turn an unavoidable business expense into a savvy investment opportunity. 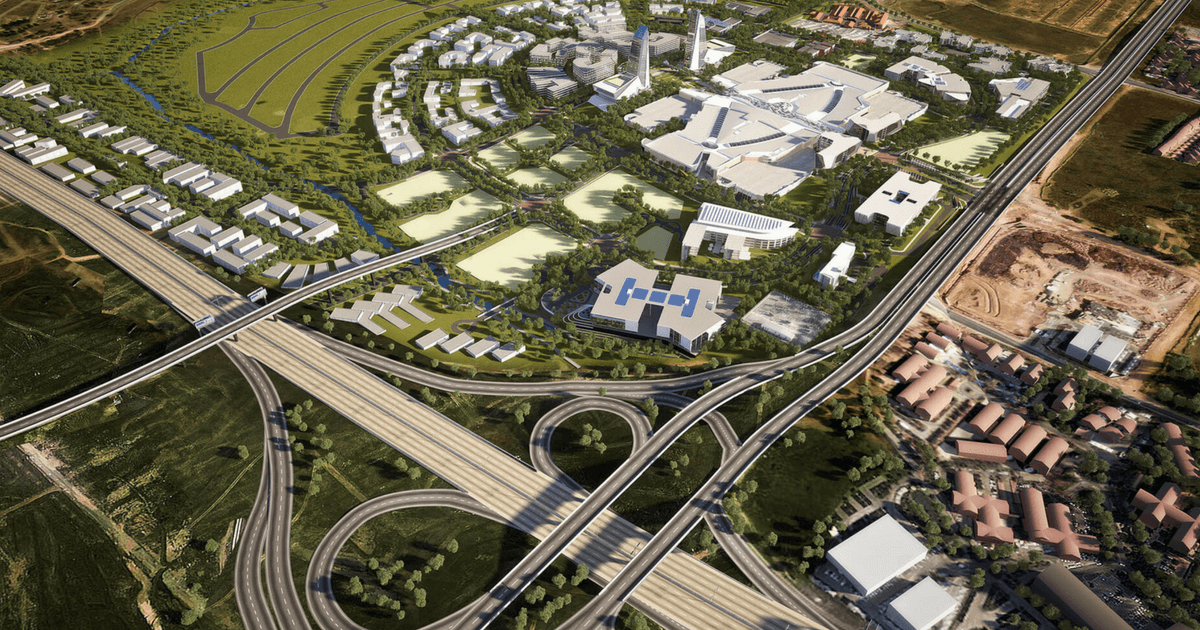 3 min readMidrand was once a flat, peri-urban plain dotted with the odd farm or industrial or business premises, but today it is fast taking shape as the developed link between Johannesburg and Pretoria. 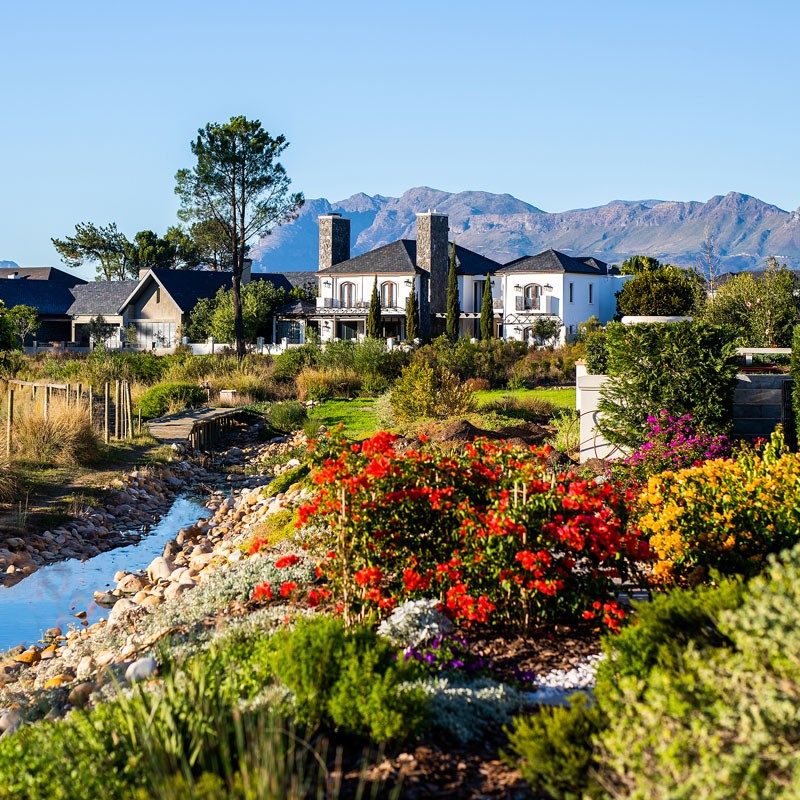 Multigenerational living is back

3 min readMultigenerational living has been a growing trend in South Africa for a while, for both economic and security reasons, but also because three, or even four generations living in close proximity promotes a healthy social balance that benefits everyone in the mix.